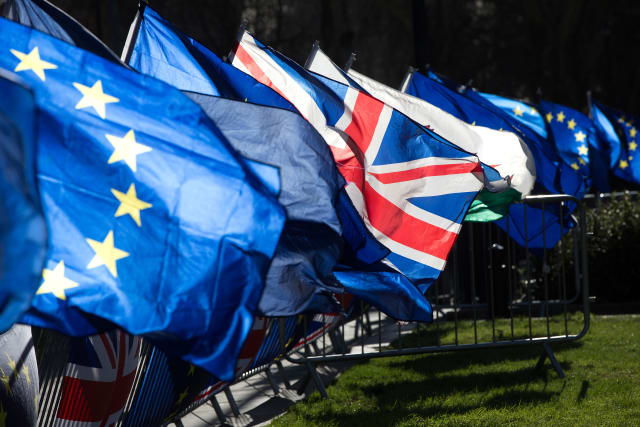 Boris Johnson has said his controversial legislation to override parts of his Brexit deal is needed to end EU threats to install a "blockade" in the Irish Sea.

The Prime Minister said Brussels could "carve up our country" and "seriously endanger peace and stability" in Northern Ireland if Conservative MPs rebel to block his Bill.

Mr Johnson is working to quell a plan to amend the legislation from senior Tories who are incensed that it could break international law by flouting the Withdrawal Agreement.

The EU has said the move is a serious breach of trust and has threatened to take legal action if Mr Johnson does not alter the UK Internal Market Bill by the end of the month.

But the Prime Minister has doubled down and argued it is "crucial for peace and for the Union itself" and said voting it down would reduce the chances of a trade deal with the EU.

Writing in the Telegraph, Mr Johnson said: "We are now hearing that unless we agree to the EU's terms, the EU will use an extreme interpretation of the Northern Ireland protocol to impose a full-scale trade border down the Irish sea.

"We are being told that the EU will not only impose tariffs on goods moving from Great Britain to Northern Ireland, but that they might actually stop the transport of food products from GB to NI.

"I have to say that we never seriously believed that the EU would be willing to use a Treaty, negotiated in good faith, to blockade one part of the UK, to cut it off; or that they would actually threaten to destroy the economic and territorial integrity of the UK."

He said "in the last few weeks" he learned his negotiators had discovered there "may be a serious misunderstanding about the terms" of the Withdrawal Agreement he signed in October.

Mr Johnson argued it was agreed during "torrid" days with the deadline for a deal fast approaching while "negotiating with one hand tied behind our back" because Parliament blocked a no-deal.

"If we fail to pass this Bill, or if we weaken its protections, then we will in fact reduce the chances of getting that Canada-style deal," he wrote,

"Let's remove this danger to the very fabric of the United Kingdom.

"Let's make the EU take their threats off the table.

"And let's get this Bill through, back up our negotiators, and protect our country."

Both Ireland and the EU, however, have warned that Mr Johnson's plans pose a serious risk to the peace process rather than protecting the Good Friday Agreement.

The Prime Minister on Friday evening held a conference call with around 250 MPs to try and drum up support for the Bill, and warned them against a return to the "miserable, squabbling days of last autumn".

But during the call in which there were connection issues and no questions taken by Mr Johnson further fall-out emerged from the EU.

Leaders in the European Parliament said they would "under no circumstances ratify" any trade deal reached if "UK authorities breach or threaten to breach" the Withdrawal Agreement.

Mr Johnson appeared not to have ended the disquiet within his party during the call, with senior backbencher Sir Bob Neill saying he was not reassured by the speech.

Sir Bob, who chairs the Commons Justice Committee and is tabling an amendment to the Bill which he says would impose a "parliamentary lock" on any changes to the Withdrawal Agreement, said he still contends it contains "objectionable" elements.

Amid the worsening atmosphere between London and Brussels, it emerged the EU had even raised the prospect that it could block exports of animal products from the UK once the current Brexit transition period comes to a close at the end of the year.

In a statement following the latest round of talks on Thursday, the EU's chief negotiator Michel Barnier said there were "many uncertainties" about the UK's animal hygiene regime.

He said "more clarity" was needed if Britain was to receive the "third-country listing" entitling it to export animal products to the EU.