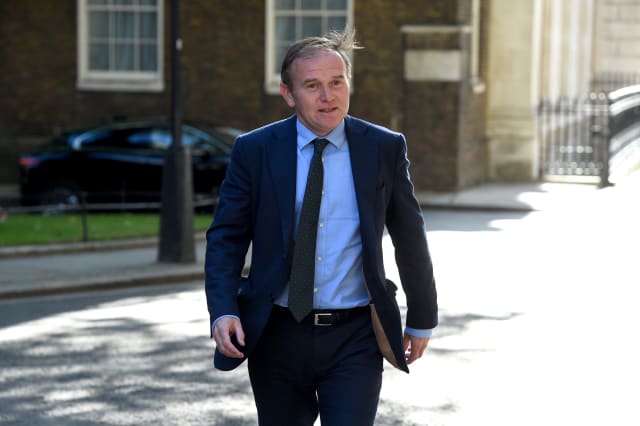 Banned pesticides could be used to tackle an outbreak of a virus spread by aphids that is harming sugar beet crops, Environment Secretary George Eustice has said.

Tory MP James Wild said sugar beet farmers in his North West Norfolk constituency have warned their crops are being damaged by beet yellows virus and are asking for a temporary easing of rules around the use of neonicotinoid pesticides.

In 2013, the EU restricted the use of three neonicotinoids – Clothianidin, Imidacloprid and Thiamethoxam – on a number of crops, with a ban on outdoor use completely approved in 2018 in a bid to help protect pollinators such as bees.

Responding during Environment Questions, Mr Eustice told the Commons: “The Government recognises that sugar beet growers face yield losses this year because of the difficulties in controlling aphids.

“We do support the restrictions on neonicotinoids to protect pollinators but we’ve also always been clear that we remain open to applications for emergency authorisations under the current rules.”

Mr Eustice also confirmed officials are in “constant dialogue” to offer support to a poultry business hit by Covid-19.

Tory former minister George Freeman asked what support is available for chicken farmers Banham Poultry in his Mid Norfolk constituency, which is affected by a Covid-19 outbreak.

Mr Eustice replied: “I had a meeting with my officials yesterday to discuss this individual case.

“We do understand the difficulties that Banham Poultry are facing.

“I know that our officials are in constant dialogue both with the company but also with officials in other departments including Public Health England and the Treasury as well.”

Tory MP Tom Randall (Gedling) said some of his constituents are worried the proposed badger cull – to reduce the spread of Bovine tuberculosis – could wipe out local populations of the animal in Nottinghamshire.

Responding, Mr Eustice told the Commons: “We do look at epidemiological assessments in individual areas to see where particular strains are present in both badgers and cattle, and that drives the decisions about where culling is necessary.”

Meanwhile, Labour MP Grahame Morris (Easington) pressed the Government to guarantee maximum five-year sentences for the worst offences of animal cruelty will be in law by January.

Calling for quicker progress to be made on the Animal Welfare (Sentencing) Bill, he said: “I’ve been really disturbed by some recent reports in the local press of incidents of animal cruelty in my own constituency.

“So can (environment minister Victoria Prentis) just go a little bit further and give a guarantee that the maximum five-year sentences for the worst offences of animal cruelty will be on the statute book by January of 2021?”

Ms Prentis responded: “I sympathise with (Mr Morris), we’re all very keen to do what we can to stamp out animal cruelty.

“Unfortunately I can’t give any guarantees about the progress of parliamentary business but what I would say is that the second reading of this Bill … will be next month and that the Government fully supports the Bill and we hope that it will become law very soon.”

Earlier, Labour’s Seema Malhotra (Feltham and Heston) called for the Government to commit to protecting UK food standards by including an assurance on the face of the Environment Bill.

Ms Malhotra told MPs: “The Secretary of State is right that their manifesto promised not to compromise on food standards in trade deals but twice, twice, the Government have refused to support Labour amendments to put this into law.

“So if over 70% of people don’t want us selling food imported from countries with lower food standards and over one million people have signed a petition from the National Farmers’ Union for British food standards to be put into law, why are they refusing to do what the public wants and what the public expects?

“The country has a right to know.”

Mr Eustice replied: “Well, in retained EU law we have indeed put in place the existing prohibitions on the sales of poultry washed by chlorine, for instance, with beef treated with hormones.

“We have legal prohibitions and our own legal bans on certain practices, those will remain in place and will not change.”

UK may be moving too slowly to tackle Covid-19 outbreak, government adviser says