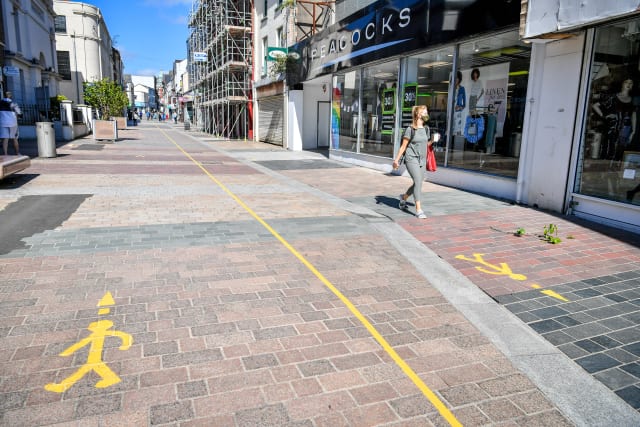 Unions and business leaders have welcomed a new report which suggests that the Government’s furlough scheme should be extended in a “targeted” way.

The Treasury Select Committee said on Friday that Chancellor Rishi Sunak may spark mass unemployment if the Job Retention Scheme, which covers the salaries of furloughed workers, ends in October as planned.

The Resolution Foundation’s chief executive Torsten Bell said that the Chancellor needed to reconsider plans to phase out support, and called the committee’s report “essential reading for Treasury officials”.

He added: “Extending support for the hardest hit sectors of the economy will be essential to limit the rise in unemployment Britain faces in the months ahead.

“The Government will also need to shelve plans to cut back Universal Credit payments to prevent millions of families from suffering a fresh income shock next spring.”

Mike Cherry, the chairman of the Federation of Small Businesses, said that policymakers should look closely at a potential successor to the Job Retention Scheme.

“The priority should be protecting viable small businesses – and all the jobs they provide – that have been disproportionately impacted by the coronavirus crisis, including those caught by local lockdowns, subject to continued national restrictions, or with staff that have directly suffered because of Covid.”

He also called on the Government to take on board the MPs’ suggestions to help company directors and the newly self-employed who have been left out of the support mechanisms so far.

He added: “The Prime Minister said on Wednesday that the latest ‘rule of six’ measures were ‘not intended to be an extra burden to the travel industry’ but they clearly are.

“The Government must support those who are being shut down and driven to hardship if we are to successfully beat this virus.”

Another union boss, Steve Turner at Unite, said: “Hundreds of thousands of workers could face a desperate future unless the Prime Minister and Chancellor move swiftly to modify the Job Retention Scheme.

“Surely it is far better to invest in jobs now than allowing unemployment to reach levels not seen since the 1930s, and inevitably felt hardest in the least wealthy towns and cities.

“Ministers also need to show some political imagination and display a sense of urgency because our great manufacturing sector, which supports hundreds of thousands of jobs right across the economy, is in deadly danger.”