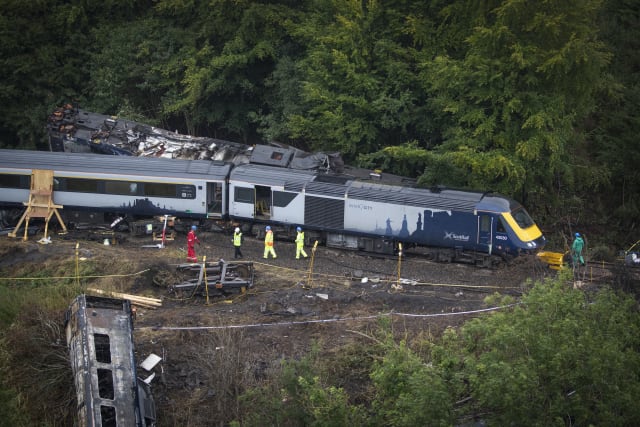 A minute’s silence has been held ahead of the recovery of the first carriage from the site of the fatal train crash near Stonehaven.

Workers at the site and members of the emergency services took part in the minute’s silence on Thursday morning.

A 600-tonne crawler crane is being used to lift the derailed carriages from the railway line.

Network Rail and contractors had to prepare the hard-to-access site before the train could be recovered.

Preparations have included building a new 900-metre road and temporary bridges over the line, to allow access for specialist equipment.

The recovery of the carriages is expected to take several days.

Once the carriages have been removed from the site, engineers will be able to assess the extent of repairs required to the tracks and bridge damaged in the derailment.

Scotland’s Transport Secretary Michael Matheson has said he does not expect the line to reopen to passengers before October.