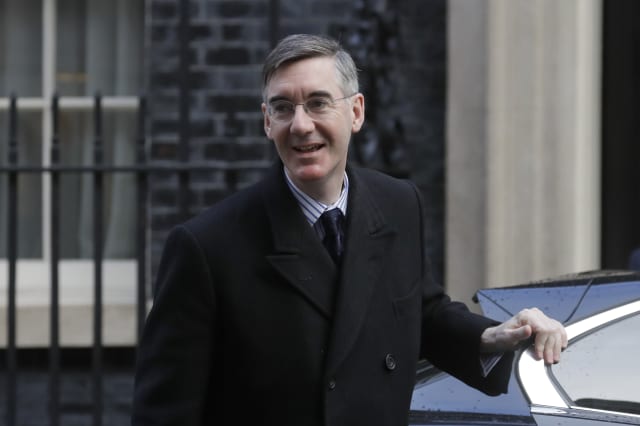 Jacob Rees-Mogg is self-isolating as one of his children awaits a Covid-19 test result.

The Commons Leader was absent from the weekly business questions session, in which he updates MPs about the debates scheduled for the following week.

Father-of-six Mr Rees-Mogg wrote on Twitter: "Many thanks to @StuartAndrew for standing in for me at business questions.

"One of my children was tested for Covid-19 last weekend after displaying symptoms.

"In accordance with Government guidance, the household has been in self-isolation while we await the test result."

Explaining the minister's absence to MPs, Mr Andrew said: "A member of the Leader of the House's household is awaiting a Covid test result after having been symptomatic.

"The leader is therefore self-isolating along with his family."

A spokesman for Mr Rees-Mogg said no further details would be provided on the matter.

Mr Rees-Mogg last week tweeted a photo of five of his children dressed in their uniforms as they returned to school.

He wrote at the time: "The holidays are over and my five older children certainly need and want to be at school."

For Labour, shadow Commons leader Valerie Vaz told MPs: "We all wish the Leader of the House and the whole Rees-Mogg family well, and we know it had to be something very, very serious for him not to be here."

SNP Commons leader Tommy Sheppard joked that he would miss being "patronised in the flesh" by Mr Rees-Mogg.

The MP for Edinburgh East has contributed remotely to proceedings on several occasions during the coronavirus pandemic.

Mr Sheppard told the Commons: "Can I also wish the Leader of the House and his family well. I can hardly hide my disappointment at his absence.

"After five long months of my own absence from this chamber, and sometimes problematic communication through the virtual proceedings, I have been looking forward to being patronised in the flesh rather than over the internet."