Insurer Lloyd’s to pay out £5bn in pandemic claims 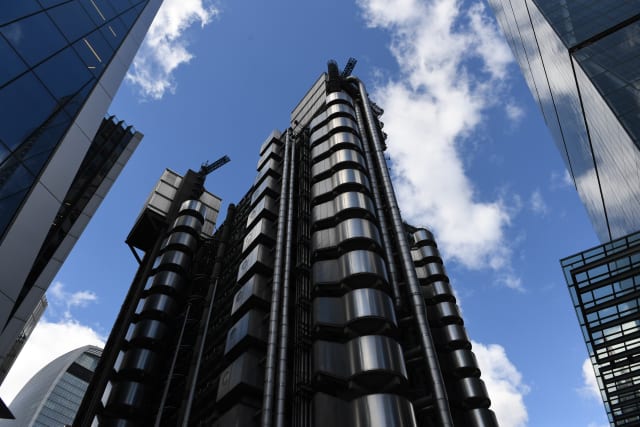 Insurance giant Lloyd’s of London is expecting to pay out billions in claims sparked by Covid-19, as the cost of the pandemic surpassed many other major disasters.

The insurance market said that it believes that up to £5 billion will be claimed on a gross basis, helping to push the company into a loss for the first half of the financial year.

The news comes four months after Lloyd’s revealed that it would pay out between three and 4.3 billion US dollars (£2.3 billion to £3.3 billion) to customers because of the pandemic’s impact.

But on Wednesday it revealed that payouts are likely to exceed this level, meaning the crisis will cost more than three disastrous hurricanes in 2017, which cost Lloyd’s 4.8 billion dollars (£3.7 billion) and the September 11 attacks in New York, after which Lloyd’s paid out 4.7 billion dollars (£3.6 billion).

Lloyd’s said it lost about £400 million before tax in the first six months of the year, as it took a £2.4 billion hit from the pandemic.

Excluding the pandemic, Lloyd’s would have delivered an underwriting profit of £1 billion, it said.

“The first half of 2020 has been an exceptionally challenging period for our people, our customers, and for economies around the world,” said chief executive John Neal.

“The pandemic has inflicted catastrophic societal and economic damage calling for unparalleled measures to stifle the spread of the virus, and to get businesses and economies back on their feet.

“Our half-year results demonstrate that our robust approach to performance management and remediation has begun to take effect, evidenced by a significant turnaround in the underlying performance metrics, which give the truest indication of our market’s profitability.”