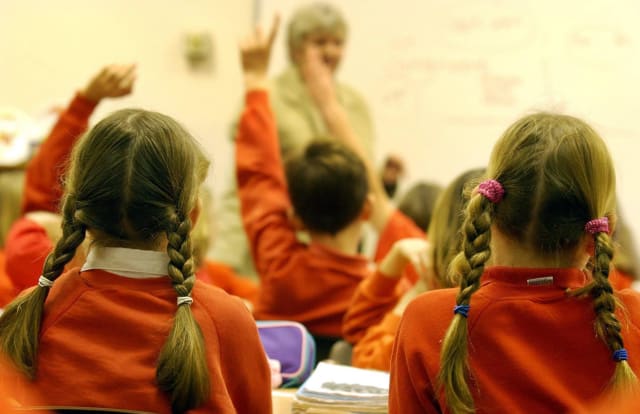 Hundreds of schools and colleges have experienced difficulties accessing Covid-19 tests which has forced pupils and teachers to miss classes, according to a head teachers’ union.

Geoff Barton, general secretary of the Association of School and College Leaders (ASCL), has warned that the work of head teachers in resuming lessons for all students is being undermined by testing delays.

Within hours of inviting feedback on the issue in an email to union members on Wednesday afternoon, more than 200 school and college leaders in England reported problems with the test and trace system.

Schools have been hit with coronavirus cases since pupils returned to class over the past fortnight.

Some schools have closed their doors just days after reopening, while others have told whole classes and year groups to self-isolate for two weeks following confirmed cases.

Julie McCulloch, head of policy at the ASCL, said it is likely that the number of students and school staff who have had to self-isolate at home and are awaiting test results “will be into the thousands”.

Many leaders told the union that teachers and pupils were experiencing problems with booking tests locally and were frequently being directed to test centres long distances away, including Inverness.

Head teachers also reported that home-testing kits were either unavailable or slow to arrive.

Mr Barton has accused Health Secretary Matt Hancock of being “in denial” about the situation.

He said: “Having spent the summer working extremely hard to put in place safety measures, school and college leaders feel utterly let down by the fact that within days of term starting it is immediately apparent that there are significant problems in accessing Covid tests.”

One school leader, who wished to remain anonymous, told the ASCL that they had 10 pupils at home with symptoms all of whom are waiting for tests.

They said: “Most have only been able to get postal tests, none have been able to get tests locally within seven days. Potentially I could have a number of positive cases linked to my school and not know it.”

Another head teacher said: “In our area we have had staff and students being asked to travel over 200 miles for a test and being told no home tests are available.”

Mr Barton warned that the system will “come under increasing strain” and health risks could grow if urgent action is not taken to address the delays that students and teachers are facing.

He said: “Staff and pupils must be able to obtain tests immediately and easily, so that if they are clear of the virus they can return to school as soon as possible, and if they are positive then the appropriate action can be taken to contact and isolate close contacts.”

Mr Barton added: “Even now, the Health Secretary seems to be in denial, choosing to blame people for seeking tests when they are not eligible, rather than addressing the problem.”

Mr Hancock told MPs on Thursday that he is considering an eligibility check and an order of priority for who should receive Covid-19 tests.

Addressing the Commons, Laura Farris, Conservative MP for Newbury, said the “successful” return of schools in west Berkshire has been “matched with a reduction in the availability of testing”.

She asked: “If there is a reluctance to impose more stringent eligibility criteria, would he consider an order of priority based on, for example, working parents, teachers being able to access tests sooner?”

Mr Hancock replied: “She makes a very good point about the prioritisation, and the question is how to enforce a prioritisation without putting in place barriers that slow down access to tests for people that need them – and that’s something we’re looking at now.”