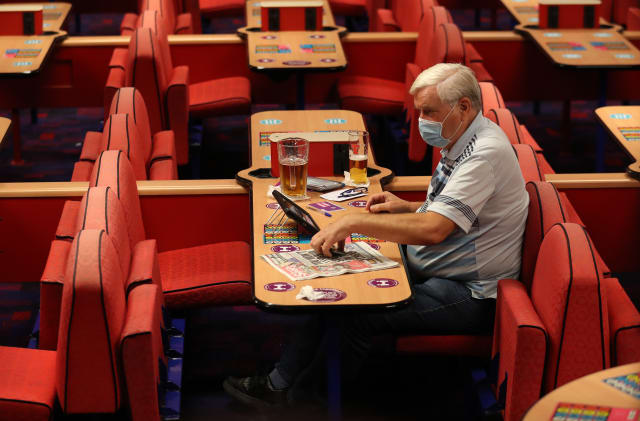 The boss of Mecca owner Rank Group said audiences at its bingo halls have been getting younger, with older players staying home during the pandemic.

John O’Reilly, chief executive of the gambling and gaming firm, told the PA news agency that Mecca Bingo has seen the number of customers aged 70 and over drop by 60% since it was allowed to reopen.

He said that older players have been “more fearful” to return to venues amid continued health concerns during the pandemic.

However, the company has seen total bingo revenues at 70% of the levels from the same period last year, as younger players have swiftly returned to its halls across the country.

“Inevitably the impact of Covid on older people has meant our older customers have been more reticent in coming back to Mecca,” Mr O’Reilly said.

“Some are staying away but those who have come to play are coming back as they’ve been impressed by the safety measures we’ve put in place.

“Other age groups have been much more confident in coming back and we’re pleased by the levels we’ve seen recently.”

It came as the group, which also owns Grosvenor Casinos, reported a 15% slump in net gaming revenues to £585.1 million for the year to June 30, while pre-tax profits fell by two-thirds to £9.4 million.

The company said it has made “encouraging progress” since reopening its first bingo sites in July, with casinos welcoming customers back last month after a two-week delay was announced by the Government on the eve of the first planned resumption date.

Mr O’Reilly said its Grosvenor sites have seen revenues at around 60% of levels from the same period last year, matching its base expectations.

He said: “The casinos haven’t been open as long and we recognise it will be a fairly steady progression.

“London has been particularly weak – at around 40% of previous levels – as we’ve had fewer tourists and workers, so until we see more people travelling to London it will be difficult.”

The company reported digital growth of 11% for the full year, as it was weighed down by recently acquired business Stride.