Arlene Foster – O’Neill did the right thing in funeral remarks 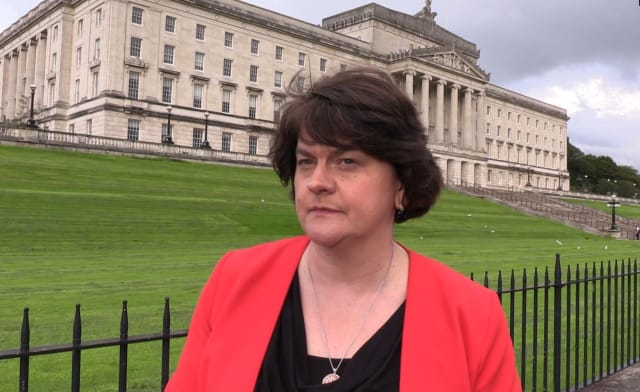 Northern Ireland’s First Minister has said her Sinn Fein powersharing partner did the right thing in acknowledging her undermining of public health messaging over coronavirus.

Coronavirus infection levels have been rising in Northern Ireland since lockdown was eased.

An important meeting of Stormont’s ministerial executive later is due to consider social distancing restrictions, and health minister Robin Swann has promised to urge concrete action on colleagues.

It has been two and a half months since Arlene Foster and Mrs O’Neill appeared at a joint post-meeting press conference.

Mrs Foster said: “It is right that the Deputy First Minister has acknowledged the undermining of the public messaging as a result of what happened, and the deep hurt and anger that was caused as a result of Michelle O’Neill’s action.

“Those who set the rules must abide by the rules.”