What are the new rules on social gatherings? 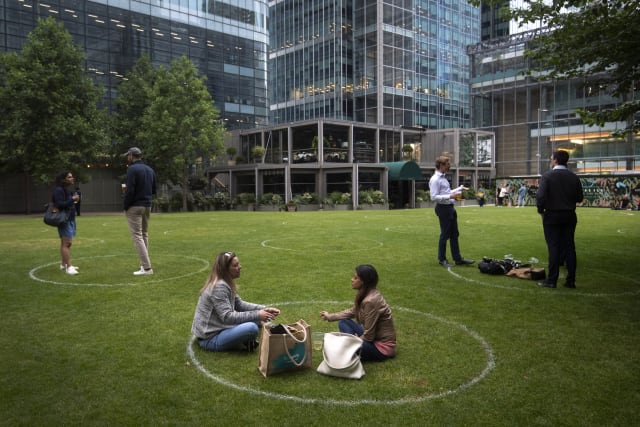 The number of people that can attend social gatherings will be slashed to six in England after a steep rise in coronavirus cases across the UK.

From Monday, gatherings of more than six people will be illegal.

Currently, the lawful limit on gatherings is 30 people.

Here PA takes a look at what the new rules mean.

– Why are they being introduced?

Infection rates have gone up quite rapidly prompting chief medical officer Professor Chris Whitty to say the nation is “not yet in trouble, but heading for trouble” in these circumstances.

The cases are most common among the 19-21 age group but there is concern that the rises in younger people may then move quickly through different older age groups.

Other warning signs also include a rise in the percentage of positive tests which can not be put down to more testing taking place.

– Where will they apply ?

The rules will apply across England to all ages and in any setting either indoor and outdoors, at home or a pub.

Prime Minister Boris Johnson said it is safer to meet outdoors and people should keep their distance from anyone they do not live with, even if they are close friends or family.

He said people “must not meet socially in groups of more than six – and if you do, you will be breaking the law.”

– Are there any exemptions?

The “limited” exemptions include allowing a single household or support bubble that is larger than six to still be able to gather.

Mr Johnson warned that “there must not be individual groups larger than six and groups must not mix socially or form larger groups.”

Education and work setting are not affected by the new rules.

Weddings and funerals can go ahead up to a limit of 30 people as long as they are held in a Covid-secure way and organised sport will also be able to proceed.

– What did the Prime Minister say?

The new rules replace the existing ban on gatherings of more than 30 people and current guidance on allowing two households to meet indoors.

Mr Johnson told a Downing Street press conference: “This rule of six will of course throw up difficult cases.

“For example two whole households will no longer be able to meet if they would exceed the limit of six people.

“I am sorry about that. I wish that we did not have to take this step but as your prime minister, I must do what is necessary to stop the spread of the virus and to save lives.”

Social gathering rules  are to be kept under constant review.

– What will the punishments be for breaking the rules?

Mr Johnson said the new rules will be enforced by the police and anyone breaking them risks being “dispersed, fined and possibly arrested”.

Failure to stick to the new rules could mean a £100 fine, which will double with every subsequent offence up to £3,200.

– What are the enforcement measures?

Venues where people gather will now be “legally required” to get and keep the contact details of a member of every group for 21 days in order to provide them to NHS test and trace “without delay” if needed.

The hospitality venue could face a fine if it fails to stick to the Covid-security standards and the government pledged to back local authorities to make “further and faster use of their powers” against venues who break the rules.

Covid-secure marshals are to be introduced to help ensure social distancing in town and city centres. A register of environmental health officers is also to be set up to help local authorities.

Border force will step up enforcement of quarantine for travellers into the country.

Mr Johnson said there will also be a restriction of opening hours of premises in “some local areas”.

Questions remain on the specifics of the measures, but further guidance is expected to be issued by the Government.

– What are the rules in other parts of the UK?

First Minister Nicola Sturgeon has said she cannot rule out changing the number of people allowed to gather together in Scotland as the average number of daily positive cases has trebled in three weeks.