Teenager in court over shooting of boy on way to school 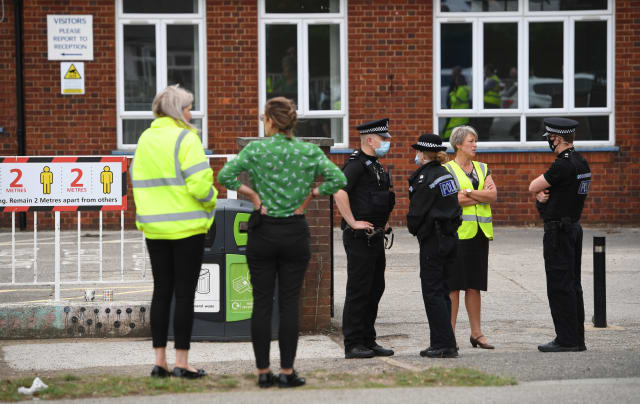 A 15-year-old has appeared in court charged with the attempted murder of a boy of the same age who was shot as he walked to school.

Police were called to reports that a teenager had been shot on the Grange Farm housing estate in Kesgrave, Suffolk, at around 8.40am on Monday.

The 15-year-old victim suffered serious injuries and was airlifted to Addenbrooke’s Hospital in Cambridge, where he remains in a critical condition.

The defendant, who cannot be named for legal reasons, appeared before Norwich Youth Court on Wednesday by video-link from a Suffolk police station.

His parents were not present for the hearing.

The boy sat beside his lawyer, with a social worker at another location acting as his appropriate adult.

He is charged with attempted murder.

The court heard that the victim, who cannot be named for legal reasons, was allegedly shot in the face after a confrontation.

The youth, from the Woodbridge area, spoke only to confirm his name, date of birth and address during the 20-minute hearing.

He was not asked to enter pleas and was remanded in custody until an appearance before Ipswich Crown Court on Wednesday afternoon.

Suffolk Police said witnesses reported seeing a suspect get into a car after the attack, before the vehicle drove away.

An arrest was made just over two hours after the shooting, at 10.55am on Monday, five miles away in Ipswich.

A car was seized at the time of the arrest, from which a long-barrelled firearm was recovered, the force said.

Kesgrave High School said that one of its Year 11 students had been involved in a serious incident on the way to school on Monday, but that pupils at the site were safe.

The school said on Twitter on Tuesday: “Students have been simply amazing today.

“Calm and focused in class and clearly glad to be back in school.

“A very difficult time for the school community but all supporting each other.”