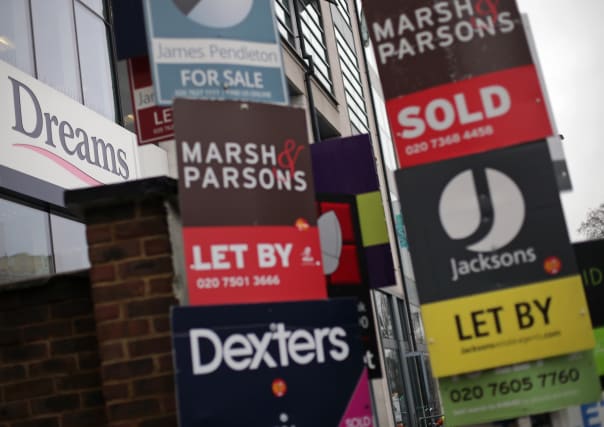 House prices accelerated at the sharpest rate in four years in August, surveyors have reported.

An overall net balance of 44% of property professionals reported house prices increasing rather than falling, the Royal Institution of Chartered Surveyors (Rics) said.

It was the strongest reading since 2016, and marks a “dramatic turnaround” compared with May, when a net balance of a third (33%) of professionals saw prices falling rather than rising, the report said.

Virtually all parts of the UK are seeing prices increase, Rics said, with the exception of London, where prices have remained generally flat over the past two months.

Several other recent reports have pointed to UK house prices hitting new record highs, with a stamp duty cut and the unleashing of pent-up buyer demand after the market was previously put on hold due to coronavirus helping the upward trend.

But there have also been signs that lenders are becoming much more cautious about offering “riskier” mortgages, with many low-deposit loans having disappeared from the market and reductions in the maximum amounts that banks are willing to lend in relation to borrowers’ incomes.

With rising unemployment levels, economists have predicted that the recent period of house price increases is unlikely to be sustained.

This translated into sales growth, with a balance of 61% of surveyors seeing a pick-up.

Meanwhile, the pandemic is expected to cause a lasting shift in the desirability of certain property characteristics, as 83% of surveyors anticipate demand increasing for homes with gardens over the next two years.

Some 79% predict rising demand for properties near green space.

Chief economist Simon Rubinsohn said: “The latest Rics survey provides firm evidence of a strong uplift in activity in the housing market which should help support the wider economy gain traction over the coming months.

“More of a concern is the pick-up in prices, which could intensify issues around affordability in some parts of the country.”