Sheep rescued from ‘enormous fleece’ after being abandoned in Australia 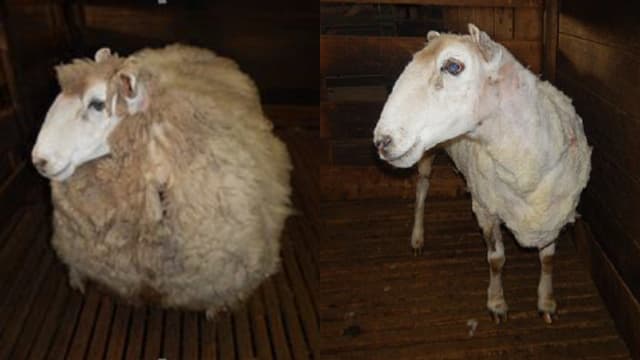 A sheep has been rescued in Australia after being discovered with around four years’ wool growth.

The abandoned ewe was found in central Victoria by RSPCA Victoria after a member of the public reported seeing the lone animal.

Regional knowledge led to the conclusion that the sheep may not have been shorn for around four years, posing a risk to its welfare. After being removed, the fleece weighed 44lb (20kg).

“Carrying such a large fleece for an extended period of time would have had dire impact on this ewe’s welfare and quality of life,” said head of inspectorate Terry Ness.

“It was fantastic to see her transformation after shearing and to send her on to her new home.”

Sheep reared for wool production cannot shed their fleece by themselves, and leaving the wool to grow increases the risk of the animal overheating, among other complications.

With veterinary checks completed, the sheep was named Ewenice and will be rehomed in Geelong.