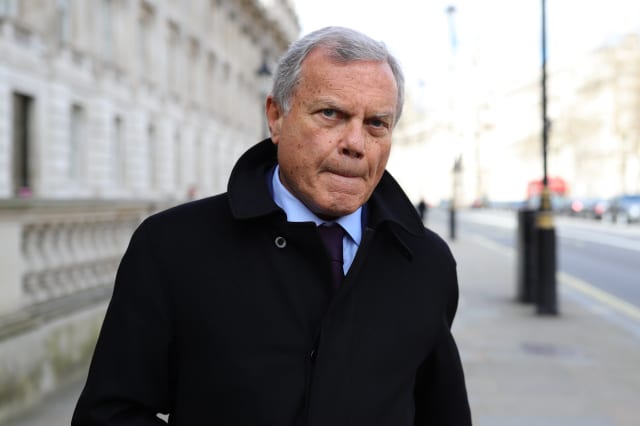 Marketing supremo Sir Martin Sorrell has insisted his new outfit S4 Capital has a “fighting chance” of hitting growth targets despite the pandemic as the group notched up its first pre-tax profit since launch.

The former WPP boss, who set up S4 Capital in 2018, said the firm had seen a marked rebound since a low point in April and had boosted its workforce in anticipation of a surge in business for the second half.

He believes the group’s resilient performance in the face of the coronavirus crisis and hopes of a “full-throated” economic recovery next year puts it in a better position to meet his goal of doubling revenues by 2022.

The comments came as S4 Capital posted its inaugural pre-tax profit of £118,000 for the six months to June 30 against losses of £8.5 million a year ago.

Like-for-like gross profit growth more than halved quarter-on-quarter to 6.5% between April and June, falling as low as just over 3% in April before recovering steadily to 18.2% in July.

Sir Martin said: “Given the progress in the first half of 2020 and July, the company believes it has an even stronger fighting chance of doubling organically (meaning like-for-like) over the three years 2020 to 2022.”

On the economic outlook, he added: “We also believe that the second quarter represents the low point (in our case in April 2020), with significant sequential improvements in the third and fourth quarters, followed by a full-throated recovery in 2021, driven by a distributed vaccine or vaccines by the second quarter of 2021.”

He believes the Covid-19 recession and subsequent rebound will be a “reverse square root”, with economic growth not immediately recovering to pre-crisis levels and a V-shaped recovery only in certain sectors, such as technology and online shopping.

S4 Capital’s results showed that on a like-for-like basis, its workforce rose 22% to 2,644 to support the expected second half rebound.

This comes as the traditional major advertising holding firms are said to be axing some 50,000 jobs due to falling revenues, according to S4 Capital.

Sir Martin launched S4 Capital just a month after he was forced out of advertising group WPP, which he founded, following misconduct allegations.

He denies any wrongdoing.

The group has grown substantially on the back of a number of acquisitions and confirmed plans for more deals after raising £116 million through a share placing in July.