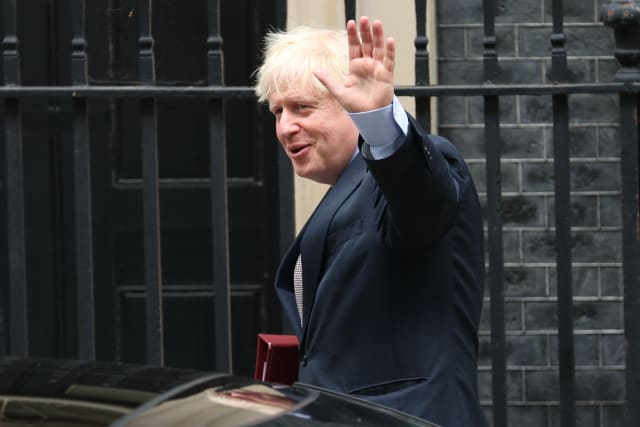 Boris Johnson insisted all Britons should obey the law before defending his Government’s plans to breach international law over Brexit.

The Prime Minister was challenged to explain why he thinks it is acceptable for his administration to not obey the law while expecting people to follow new Covid-19 restrictions on social gatherings.

His remarks came after Northern Ireland Secretary Brandon Lewis acknowledged that legislation to override key elements of the UK’s Brexit deal with Brussels would “break international law” in a “very specific and limited way”.

Mr Johnson said such steps could be taken to protect the UK against “extreme or irrational interpretations” of the Northern Ireland protocol and they were aimed at protecting the peace process if a free trade deal was not agreed with the EU.

The Government’s proposals, contained in the UK Internal Market Bill, have provoked a furious reaction from some Conservative MPs.

She said: “If ministers think it’s acceptable for this Government to not obey the law, how on earth can the Prime Minister expect the public at home to do so?”

Mr Johnson replied: “We expect everybody in this country to obey the law.”

Liberal Democrat former minister Alistair Carmichael highlighted the desire of some Scottish nationalists to hold a “wildcat” independence referendum, adding: “I oppose that because it would be illegal.

“If the Prime Minister thinks it’s acceptable for his Government to ignore international law, on what basis would he oppose it?”

Mr Johnson expressed surprise that Labour leader Sir Keir Starmer had not raised the fact that the Government’s plan to override elements of the Brexit deal with Brussels would breach international law.

The Prime Minister said: “My job is to uphold the integrity of the UK but also to protect the Northern Irish peace process and the Good Friday Agreement.

“To do that we need a legal safety net to protect our country against extreme or irrational interpretations of the protocol, which could lead to a border down the Irish Sea in a way that I believe – and I think members around the House believe – would be prejudicial to the interests of the Good Friday Agreement and prejudicial to the interests of peace in our country.

“That has to be our priority.”

Earlier, Mr Johnson also told Sir Keir: “When it comes, by the way, to sticking up for our UK internal market and for delivering on the will of the British people, one of the most important issues facing us today, he is totally silent on this Bill that obsesses the rest of his backbenchers, he’s been totally silent.

“The great ox once again has stood on his tongue, he has nothing at all to say about that subject today because he doesn’t want to offend the huge number of his backbenchers who want to overturn the verdict of the people and take us back into the EU, which is of course what he wants to do himself.”