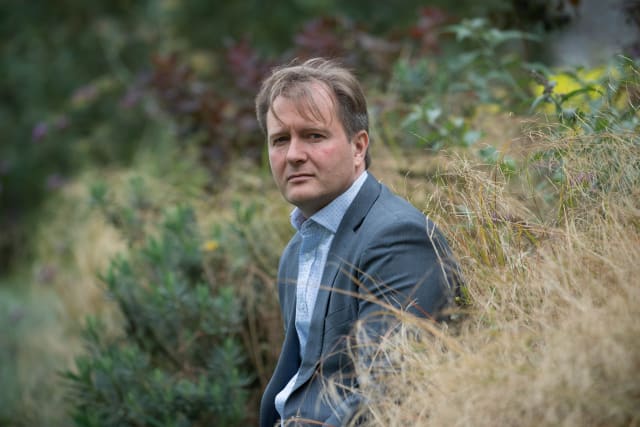 New charges against Nazanin Zaghari-Ratcliffe are further evidence she is being held for “political leverage” amid a multimillion pound dispute between Britain and Iran, her husband has said.

Richard Ratcliffe has appealed to UK officials to insist on attending her second trial when it begins in Tehran on Sunday, and said the situation had left his family “caught” between two governments “fighting”.

The 42-year-old mother-of-one has been detained in Iran since 2016, when she was sentenced to five years in prison over allegations – which she denies – of plotting to overthrow the Iranian government.

Mr Ratcliffe said the trial would hear charges of spreading anti-government propaganda, in a case officials dropped in December 2017, after a visit from the then-foreign secretary Boris Johnson, but reopened in May 2018.

He told the PA news agency: “We’ve always been treated in a strange, odd way and marked out as exceptional.

“This second court case is doing again that, and it’s signalling again she’s being held for political leverage to push the British Government to do something.

It has been claimed Mrs Zaghari-Ratcliffe is being held in order to force the UK into settling a multimillion pound dispute with Iran.

After he was toppled in 1979, Britain refused to deliver the tanks to the new Islamic Republic and kept the money, despite British courts accepting it should be repaid.

Mr Ratcliffe added: “I’ve always felt the (UK) Government is reluctant to be honest with us, reluctant to call us in hostage, reluctant to acknowledge some of the abuses she’s gone through, and reluctant to really call out Iran for its practices.

“I don’t think that’s got us very far. In a situation like this, the more you escalate it, the risk there is of things happening.

“So it’s not as if just shouting at Iran is suddenly going to change things, but certainly being a lot more honest, a lot more straightforward, is much more likely to protect people.”

Describing how his wife “woke up terrified” on Tuesday when Iranian guards came to take her to court, Mr Ratcliffe said: “The guys in the Jeep came along, Revolutionary Guards, they’re the guys that kept her and interrogated her.

“So she was fearing the worst, that she was being taken back to prison and had to be reassured, really, that it was actually court she was going to.

“Oddly she came back from court more relieved than she had gone in that, ‘OK, at least I’m back home and it’s only a court case’.”

Redress, a torture survivors group working to free Mrs Zaghari-Ratcliffe, has urged the Government to react “firmly and quickly”.

Leanna Burnard, the group’s legal officer, said: “The UK Government must assert Nazanin’s rights under international law, given its decision to exercise diplomatic protection in her case.

“It must insist on urgently visiting Nazanin and seeking consular access to attend Nazanin’s second trial, to demonstrate to Iran that it is ready to protect the legal rights of its nationals.”