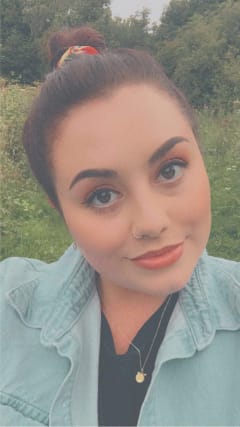 A mother was left in tears after traveling an hour-and-a half for a coronavirus test, only to be turned away on arrival.

Kirstie Penman, 21, a student from Wrexham, initially rang her doctor seeking antibiotics for a bad chest but was informed she would need to get a test for Covid-19 instead.

After being driven across the English border to Telford for the nearest available test, she was told by a staff member that she could not be tested because she had not received a QR code when she booked.

“We were like, ‘is this a complete joke, we’ve just driven from an hour-and-a-half away?’, and there was no reassurance or nothing.

“He just said, ‘sorry, there’s a queue behind you, you’ll have to come back when you get the code sent to you’.”

“At that point I just started crying, upset because it’s a long journey for a test,” the mother-of-one added.

“Then we just had to drive home. There was no other option, really.”

After trying a number of other options to get tested, Ms Penman said she had given up.

“There’s no way you can get through, it just cuts off, the phone line,” she said.

She added that her GP surgery had now advised that without a test she would have to manage her symptoms at home and keep checking her own breathing.

Ms Penman’s experience followed that of one man who told the PA news agency he had driven a round trip of more than 400 miles for a test, before being told that his results had been lost.

The man, who asked not to be named, was working in Maidstone, Kent, and said he was told to travel to either Newport in Wales or Chesterfield in Derbyshire – both around 200 miles away.

Speaking shortly after Boris Johnson announced his “moonshot” plans for more widespread testing, Ms Penman said: “If you’re Prime Minister, you’ve got so much time to make up plans and he can’t seem to get anything right.

“I don’t understand it. I don’t think he’s done anything right from the beginning to be honest.

“Everyone’s just getting back to normal, taking their kids to school and it’s reported that cases are getting higher, there might be another lockdown in Wales. So everyone’s just confused, I think.”