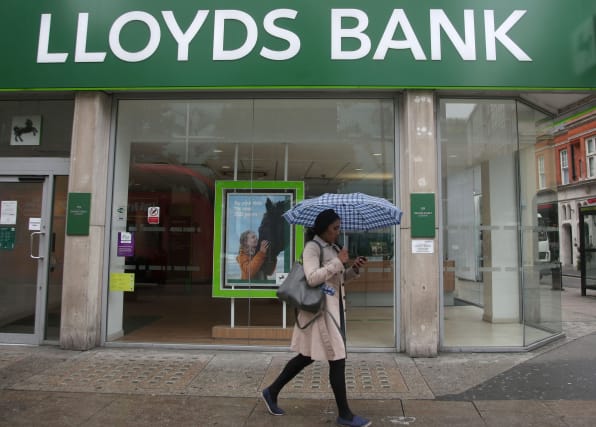 Lloyds Bank has restarted moves to shed hundreds of roles after it put redundancy plans on hold because of the Covid-19 crisis earlier this year.

The bank said it will slash 865 jobs, most of which had already been announced, as it continues plans to simplify the business.

The roles are mainly in its insurance, wealth and retail teams. The cuts will see a net reduction of 639 in Lloyds’ headcount, as the bank has also created 226 jobs.

Unite union national officer Rob MacGregor said he is worried about the prospects of the workers who are being let go in a chaotic jobs market.

New data released this week shows that more than 300,000 jobs were put at risk of redundancy in June and July – nearly seven times higher than last year’s levels.

“While the creation of 220 jobs is to be welcomed, this will be no comfort to those members of staff who will from today face an uncertain future,” Mr MacGregor said.

He asked bosses at Lloyds to ensure that everyone who is hit by the cuts is given the option to get a new job at the bank.

“Unite is adamant that it is totally unacceptable that LBG persists in putting undue pressure on those who remain working for the bank by making hundreds more of their fellow workers redundant on a regular basis,” said Mr MacGregor.

“The pandemic has demonstrated the amazing resilience and flexibility of this workforce. The employer should not focus solely on cutting jobs and costs but instead the bank should invest in a workforce that has only shown loyalty, dedication and hard work through the good times and the bad.”

Lloyds said it is pushing ahead with changes that had already been announced earlier this year.

Shortly after the pandemic hit the bank paused plans to slash its headcount by 780 roles.

“This included continuing to pay colleagues in full regardless of their working circumstances and pledging that anyone placed on notice of redundancy would not leave the group before October, both of which we remain fully committed to,” the company said.

“Following changes announced today, we can confirm a net reduction of 639 roles. These changes primarily reflect our existing plans to simplify parts of our businesses, which were in place prior to Covid-19.”

No-one will leave the company before November, Lloyds added.