How the Government’s slogans have changed throughout the pandemic 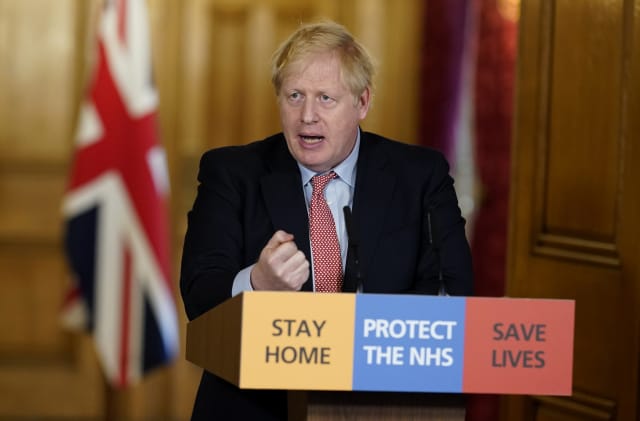 Throughout the pandemic, the Prime Minister has driven the message of how to combat the spread of Covid-19 through the use of snappy slogans, with the most recent being “Rule of six”.

Boris Johnson admitted over time the rules have been “complicated and confusing” for the public, but that the rules were being simplified to make them easier to understand.

One way the Government has encouraged people to follow advice is with the use of slogans, which have changed over time depending on the severity of the pandemic and to coincide with the gradual easing of restrictions.

The public were reminded of the slogans during televised daily briefings at Downing Street, which began in March and continued until June. The briefings were then given on an “ad hoc” basis whenever significant announcements were made.

When the UK went into lockdown in March, the Prime Minister introduced the slogan “Stay at home, protect the NHS, save lives” as non-essential businesses such as bars, pubs, restaurants, cinemas, nightclubs, theatres, gyms and leisure centres as well as places of worship were instructed to shut.

He ordered people to only leave the house to shop for basic necessities “as infrequently as possible” and to perform one form of exercise a day.

He also said they could seek medical help, provide care to a vulnerable person or travel to work if “absolutely necessary”.

The messaging then changed in May to “Stay alert, control the virus, save lives” in a move to help ease the UK lockdown but not end it immediately.

At the time, health experts expressed concern that the slogan lacked clarity and was confusing, with fears it may lead to an increase in “risky behaviour” from the public.

Explaining what “stay alert” meant, the Government said people should stay at home “as much as possible” while “limiting contact with other people” and keeping two metres apart where possible.

On June 23, Mr Johnson announced a raft of changes to lockdown measures in England which came into force on July 4.

As more people were allowed to leave home and socialise with others and more businesses were allowed to reopen, Mr Johnson urged the public to remember the slogan “hands, face, space”.

This slogan advised people to wash their hands, cover their face in indoor settings and to continue to observe social distancing.

In a bid to encourage people to eat at restaurants to help the struggling hospitality sector, Chancellor Rishi Sunak developed the “Eat out to help out” slogan for a month-long scheme in August, which saw Britons eat more than 100 million discounted meals.

The most recent slogan of “Rule of six” comes after a rise in coronavirus cases across the UK.

From Monday, gatherings of more than six people will be illegal in England, significantly reducing the current legal limit of 30 people.

At a Downing Street press conference on Wednesday, Mr Johnson said: “This will apply in any setting, indoors or outdoors, at home or in the pub.

“The ban will be set out in law and it will be enforced by the police – anyone breaking the rules risks being dispersed, fined and possibly arrested.

“This single measure replaces both the existing ban on gatherings of more than 30 and the current guidance on allowing two households to meet indoors.

“Now you only need to remember the rule of six.”