Homeowners ‘over-estimating value of their property by £50,000 typically’ 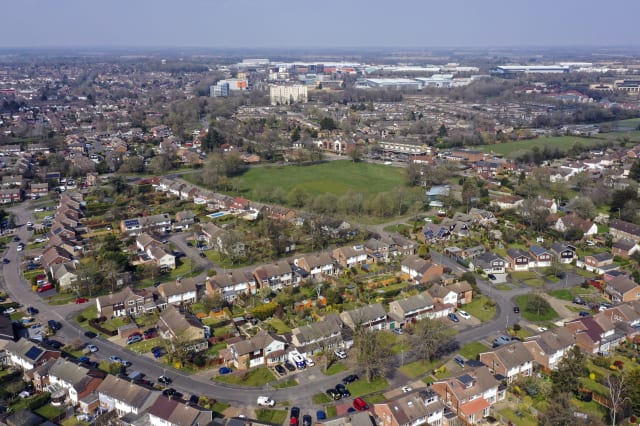 Homeowners could be over-estimating the value of their property by around £50,000 typically, according to a survey.

Nearly one in 10 (9%) homeowners believes their house has increased in value since the coronavirus outbreak, insurer Aviva found.

Its survey of more than 2,300 homeowners found that, on average, people estimated the value of their home at £288,263.

Some recent house price reports have shown property values hitting new records as pent-up demand is released into the market and buyers take advantage of a stamp duty cut.

However, economists have said that looking further ahead prices are likely to come under pressure amid wider economic factors such as rising unemployment.

There have also been signs that mortgage lenders are becoming increasingly cautious about lending to people with smaller deposits.

Across the UK, homeowners in London were the only ones who typically appeared to under-estimate the value of their property.

Those in the North West of England were particularly likely to have an inflated perception of what their property was worth, the findings indicated.

Some 85% of people generally have undertaken some form of home improvement during the lockdown, the study found, which may be behind the high levels of house price confidence among some home owners.

Nearly half (48%) of homeowners however think the value of their homes has not changed for better or worse in recent months.

Around a quarter (27%) expect there has been some decrease in value, although most people feel this reduction will have been slight.

Gareth Hemming, managing director, personal lines, global general insurance for Aviva said:  “While a number of people may be quite accurate in their property estimates, the fact that the numbers overall are so much higher than official figures, suggests that some people may be unaware of current house values – or are valuing their own homes through an optimistic lens.”

The report also suggests there could be a boom in “granny flats” around the corner – although in many cases adult children or lodgers could be living in them rather than elderly relatives.

The Aviva How We Live Report estimated that one in 20 (5%) UK households have such a space already, with converted garages, cellars and separate outbuildings providing extra accommodation.

A further 7% of householders said they have plans to develop this type of space, many of them to house adult children.

Some homeowners had commercial motives. Nearly a quarter (24%) of homeowners who have or plan to develop granny flats intend to rent them out as holiday lets, while one in six (16%) are thinking of taking in lodgers.

Aviva found that a third (34%) of households are already multi-generational, with different age groups living under one roof.

The lockdown was behind some multi-generational homes, with 3% of households reporting that adult children had returned home during lockdown, and 1% of households having taken in an elderly relative to support them.

Here are average house prices as of May according to official figures, followed by the average amount homeowners in each region estimated their property was worth in Aviva’s study and the percentage difference: