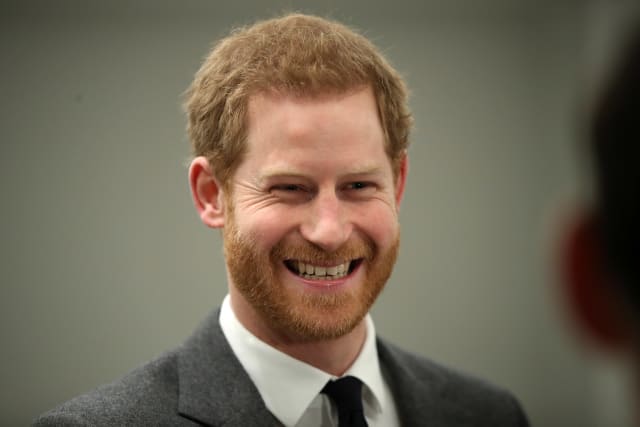 The Duke of Sussex has praised the determination of a team of wounded veterans who will embark on a gruelling 248-mile (400km) walk across the Omani desert.

In a video message to the team of five ex-military personnel and one member who is currently still serving, Harry said the military charity Walking With The Wounded’s expedition, Walk of Oman, reflected the “longstanding friendship” between the UK and the Middle Eastern country.

Launched on Wednesday, The Walk of Oman involves six wounded veterans who will undertake a trek across the hostile conditions of the Omani desert over 21 days, starting on November 20 and ending on December 11.

Addressing the team in a video message, the duke, who is the expedition patron, said: “We are all delighted that the Walk of Oman continues to move ahead despite the challenging environment that we are all faced with at the moment.

“This in itself is an illustration of the remarkable longstanding friendship our country has with the Sultanate of Oman and shows the determination of those that have been selected for the walk.”

All six of the team have physical or cognitive injuries and will tackle one of their toughest challenges yet, as they pull a custom-built cart weighing in excess of 300kg – around three times their own bodyweight – across the Omani desert.

Selected for the expedition is David Adams, who spent 13 years as an aircraft technician in the Corps of Royal Electrical and Mechanical Engineers (REME), serving in the UK, Afghanistan, Cyprus and Oman.

Mr Adams was medically discharged after a diagnosis of PTSD following traumatic events while serving in Afghanistan.

Sean Gane served 12 years in the British Army as an infantryman between 1986 and 2014. He left and rejoined within that time and his service included operational tours in Afghanistan.

It was during his last tour in 2009 that he witnessed many traumatic events and was later diagnosed with PTSD and hearing and nerve damage.

Ben McComb joined the Army Reserves in October 2005 and served as a private solider until 2011, during which time he was selected for officer training.

In 2011, he commenced regular officer training at the Royal Military Academy Sandhurst (RMAS) and commissioned into the Royal Artillery.

Mr McComb has neural impingement and nerve damage in his lower limbs which is incurable, but his condition is stable due to continuous self-rehabilitation.

He served in seven operational tours including Northern Ireland, Bosnia, Iraq and Afghanistan and achieved the rank of Staff Sergeant during his 26 years of serving in the Armed Forces.

Andrew Phillips served in the Royal Air Force from 1983 to 1993 as a Junior Technician and was injured in the build-up to the Gulf War before being medical discharged due to a spinal cord injury.

Struggling with the transition from military to civilian life, he became involved in the Invictus Games, which was created by the Duke of Sussex.

Joining the men is Ashley Winter, who served as a Challenger 2 Tank crewman serving in Kosovo and Iraq.

He was diagnosed with Keratoconus, an eye disorder, 10 years ago and has undertaken various physical challenges to inspire others.

Ed Parker, chief executive of Walking With The Wounded, said: “The team face an immense challenge ahead of them and each will be tested mentally and physically.

“Throughout the selection week process, each candidate embraced the task ahead and cemented the bond formed between them that will put them in good stead for the Omani desert.”