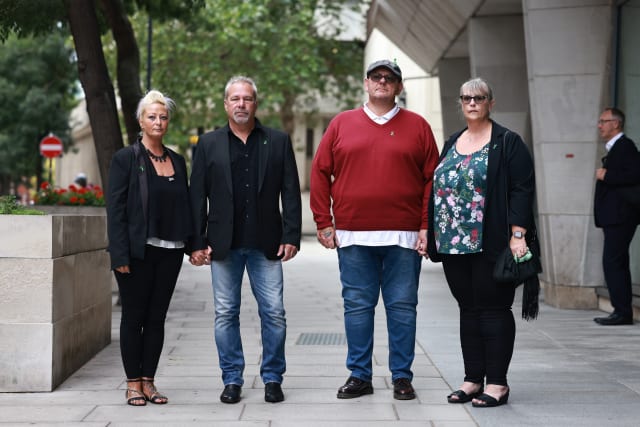 The Director of Public Prosecutions (DPP) has concluded Harry Dunn’s alleged killer did not have diplomatic immunity, the family have been told.

Max Hill QC’s conclusion contrasts with that of the Foreign Secretary, Dominic Raab, who told Parliament on October 21 that Anne Sacoolas did have immunity.

The family’s spokesman Radd Seiger also said the DPP’s legal team had also concluded the Foreign, Commonwealth & Development Office (FCDO) should not have allowed the suspect to leave the country in September last year.

The 43-year-old was able to return to her home country on September 15 but was subsequently charged with causing Mr Dunn’s death by dangerous driving in December.

An extradition request submitted by the Home Office was rejected by the US State Department in January – a decision it later described as “final”.

Mr Seiger told the PA news agency: “The DPP made it clear to the parents that his legal team had concluded that Anne Sacoolas did not have diplomatic immunity and that is precisely why they charged her in December with causing death by dangerous driving.

“Had they concluded like the FCDO’s lawyers have concluded that she did, they would not have charged her and called us to a meeting and told us that.

“They also confirmed to the parents that they agree with us that Anne Sacoolas should not have been allowed to leave and that they too, like Northamptonshire Police, were kept in the dark in September.

“Had they had the opportunity to look at the matter and consider the legal arrangements at Croughton they would have concluded then that she did not have diplomatic immunity and that she should not be allowed to leave.”

Commenting after the meeting, Greg McGill, CPS director of legal services, said: “Today we have met with the family of Harry Dunn to update them on the various steps the CPS has taken over the last 10 months to secure justice in this tragic case.

“The challenges and complexity of this case are well known, but the CPS and other partners have been working tirelessly to do all they can so that Anne Sacoolas faces the charge we have brought – causing death by dangerous driving.

“We know this is a very difficult process for the family which is why we wanted to assure them personally that we continue to seek justice for them and for the public.”

Labour is under new leadership, Starmer makes clear in speech

CCTV of rape suspects released more than a year after attack