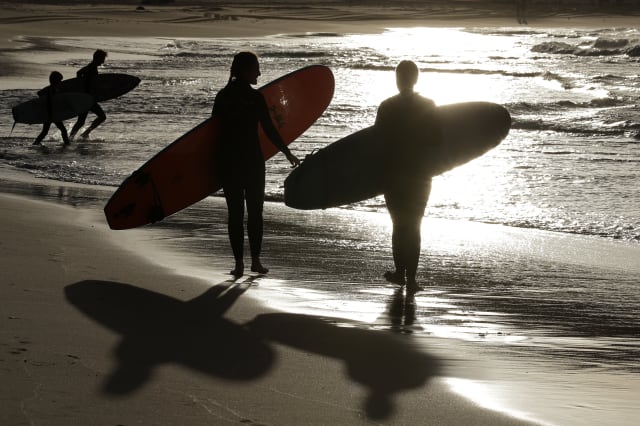 Authorities will investigate whether a dead tiger shark caught in a net off an Australian beach killed a surfer on Tuesday.

Nick Slater, 46, was fatally mauled off popular Greenmount Beach on the Gold Coast tourist strip in a rare attack off a beach protected by shark netting.

His death is only the second fatal shark attack at one of Queensland's 85 beaches that have been protected by nets and drum lines since as early as 1962, the state government said.

The first was a 21-year-old swimmer who was mauled by more than one bull shark off a netted beach on North Stradbroke Island, north of the Gold Coast, in 2006.

Queensland Premier Annastacia Palaszczuk said a large tiger shark had been found since Slater's death tangled in a net off Greenmount Beach.

"Further investigations will be conducted to discover if there is any link between it and the fatal attack," Ms Palaszczuk told state Parliament.

Before nets were put in place, the last fatal shark attack off a Gold Coast beach — 24 of which are now netted — was in 1958.

Shark nets are suspended from floats and run parallel to beaches. They are 186 metres (610 feet) long and 6 metres (20 feet) deep.

Sharks can swim under the nets and around their ends.

The Senate committee said nets give beachgoers a false sense of security while entangling and killing protected marine species including whales and turtles.

Australia's last fatal shark attack outside the Gold Coast was near Fraser Island on July 4.

A 36-year-old spear fisherman died hours after he was bitten on a leg.

Prior to that, a 60-year-old surfer was killed by a 3-metre (10-foot) great white shark at an unprotected beach south of the Gold Coast near Kingscliff on June 7.

Jade Parker said he was about to enter the surf at Greenmount Beach on Tuesday when he saw Slater floating motionless near his board.

He waded in to help other surfers and lifeguards bring Slater in, and found a 4-centimetre (1.6-inch) tooth lodged in Slater's board, which he said was from "an obvious white pointer", another name for a great white shark.

"It was a good size bite to the board," Mr Parker told Seven Network television.

"I do not want to get to the gory parts, but he was in a bad way. He was not conscious. It looked like he had already pretty much passed away at that point in time," Mr Parker added.

Paramedics determined Slater was already dead on the beach.