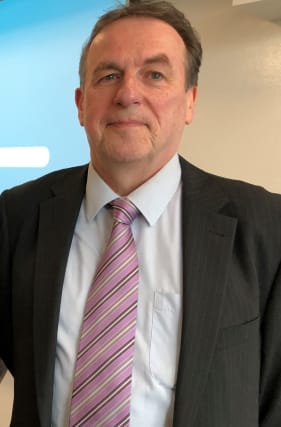 The police watchdog is to examine the actions of the Chief Constable of Cleveland Police over the scandal-hit force’s use of WhatsApp, after the Police and Crime Commissioner confirmed his resignation, citing ill health.

The Independent Office for Police Conduct (IOPC) said it had received a complaint about Cleveland’s Labour PCC Barry Coppinger, who is stepping down.

The watchdog also said it had received correspondence from Cleveland’s Chief Constable, Richard Lewis, “concerning his own actions in relation to this matter which we are also considering”.

Mr Coppinger announced he was retiring, stating he felt under pressure since what he described as a “damning report” into the force last summer, which effectively put it in special measures.

He wrote: “It has reached the stage where this is now impacting upon my health.”

He said: “As you will know, force mobile phones do not support WhatsApp messaging.

“My office, as with many other organisations, has approved the use of WhatsApp groups on personal mobiles and these have been particularly beneficial during the ongoing Covid crisis, where we do not have day-to-day office contact.

“These groups are for short-term transitory messaging like business continuity with a procedure for each group admin to prompt a weekly cleardown so that information isn’t held for longer than necessary and on personal non-work devices.

“I do use WhatsApp on my personal mobile phone and I have cleared messages on a regular basis, not with any intention to conceal anything, but simply due to storage capacity limits.

“Recent focus on this area has led me to consider whether that was the right approach and it is right and proper that the appropriate independent authorities now consider this.”

Mr Coppinger said the deleted messages were “of a mundane, logistical nature and did not… include anything significant”, explaining such communication would only be made through secure emails.

He added: “It is clear that the force is making progress in its journey of improvement. That’s what the focus must be on, but that would not be the case if I remained in post whilst the situation regarding the WhatsApp messages was looked into.

“That, along with my health concerns, has made me decide to stand down with immediate effect.”

“We have also received correspondence from the Chief Constable of Cleveland Police concerning his own actions in relation to this matter which we are also considering.”

The Tory Tees Valley elected mayor Ben Houchen, a long-time critic of the PCC, said: “The people of Teesside deserve a police force they can be proud of, instead what they have got under Barry Coppinger’s leadership is the UK’s worst force.”

Using WhatsApp for quick messages, such as confirming details of online meetings, was useful during lockdown when access to offices was limited, and they were routinely deleted, a source with knowledge of the force’s operations said.

Without naming the person, the source added: “Someone who has been doing this has thought ‘hang on, should I have deleted or cleared these messages from the Commissioner?’, and as a result it has been referred, and Barry has been referred, to the IOPC.”

“All under the PCC’s leadership. It’s now embarrassing that he hasn’t resigned.”

Mr Lewis is the force’s sixth chief constable since 2012, taking up the post in April last year, and earlier this year had his contract extended to 2027.