Vistry swings to loss, but sales rate jumps after lockdown 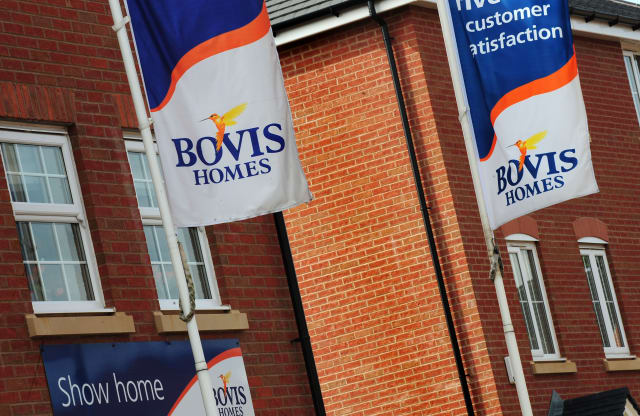 Vistry Group swung to a loss in the first half of the year as the company had to deal with weeks of lockdown at its building sites across the UK.

The company lost £12.2 million before tax in the six months to June 30, it revealed on Tuesday, after it made £72.5 million in profit a year earlier.

“Vistry Partnerships demonstrated its market resilience and robust revenue model and led the group to an early successful return to site, with production levels across the Group now back at near normal levels.”

Since sites started to reopen, the company has seen good pickup from customers, it revealed.

The company has sold nearly three quarters of a home every week per “active site” since the start of the second half in July, a 20% increase.

Mr Fitzgerald said: “We have seen positive sales trends since early May, with consumer interest higher than at any time in recent years.

“Our sales rate in the second half to date is running 20% ahead of last year at 0.73, and pricing remains robust.”

Vistry now expects pre-tax profit to reach between £130 million and £140 million over the whole year, and is forecasting at least £310 million next year if prices, production and sales rates remain equal.

The company was formed in January, after Bovis Homes merged with Linden Homes, which it had bought for £1.1 billion from Galliford Try.

It has gained synergies of £44 million from the integration, £9 million ahead of the original target.

“We moved quickly to integrate Linden Homes and Vistry Partnerships at the start of the year,” Mr Fitzgerald said.

“It has been a successful process bringing together the best from each business, with the benefits from the combination expected to be ahead of our initial target.”