Uber pledges to be all-electric across UK by 2030 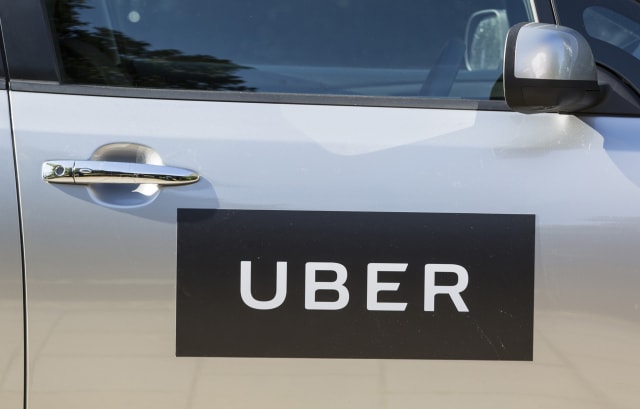 All Uber cars in UK cities will be electric within the next decade, the ride hailing app firm has announced.

This is part of a pledge covering the company’s operations in Europe, the US and Canada.

Last year, it committed that all its cars in London will be electric by 2025.

Uber operates in 19 cities and regions across the UK, including Belfast, Cardiff, Glasgow, Leeds, the North East and the south coast.

Chief executive Dara Khosrowshahi said: “Uber is committing to become a fully zero-emission platform by 2040, with 100% of rides taking place in zero-emission vehicles, on public transit or with micromobility.

“We’re also setting an earlier goal to have 100% of rides take place in electric vehicles in US, Canadian and European cities by 2030.”

Mr Khosrowshahi said the coronavirus pandemic has given people “a glimpse of what life could be like with less traffic and cleaner air”, but warned that “carbon emissions will return to normal soon”.

He went on: “Instead of going back to business as usual, Uber is taking this moment as an opportunity to reduce our environmental impact.

“It’s our responsibility as the largest mobility platform in the world to more aggressively tackle the challenge of climate change. We want to do our part to build back better and drive a green recovery in our cities.”

In the UK, Uber has formed a new partnership with electric vehicle chargepoint provider BP Chargemaster.

This will make it “easier and more affordable” for its drivers to charge electric vehicles in London, according to Uber.

Transport Secretary Grant Shapps said: “Today’s announcement will not only benefit Uber drivers and in turn the many thousands of people who use their services every day, it will also improve the quality of air that we all breathe.”