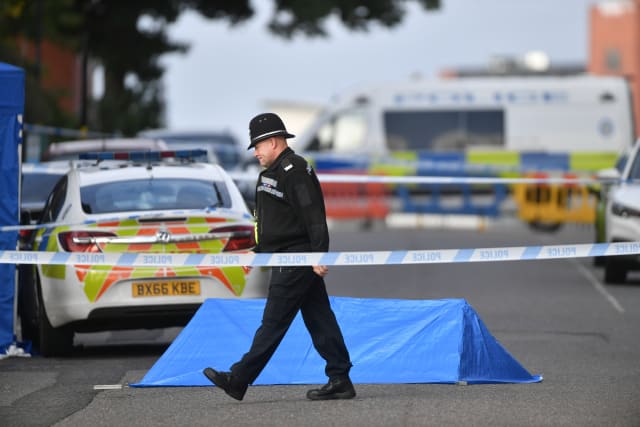 Tributes have been paid to a university worker killed in a string of street stabbings, as detectives were granted a further 36 hours to question a murder suspect.

Jacob Billington was fatally stabbed in Irving Street, Birmingham, at about 1.52am on Sunday, while on a night out with old school friends from Merseyside.

West Midlands Police declared a major incident after Mr Billington was killed and seven other people were also stabbed during a rampage in the city centre spanning some 90 minutes.

Two of the victims remain in a critical condition.

Mr Billington’s devastated family paid tribute to him as the “light of our life”, in a statement issued through police on Monday.

The 23-year-old had been working as a library intern at Sheffield Hallam University, after graduating there, and was also a drummer in a band.

A university spokesperson said: “As a university community we are deeply saddened to learn that a member of our staff was a victim of the major incident in Birmingham over the weekend.

“Jacob was a Sheffield Hallam graduate and had joined the library as a graduate intern, where his warmth and enthusiasm made him a greatly valued member of our team.

“Our thoughts and condolences are with his family, friends and colleagues at this very difficult time.

“We are providing support to those in our community who have been affected by this tragic incident.”

Mr Billington, from Crosby, Merseyside, had been in the city with friends to celebrate with one of their number who was studying in Birmingham.

One of his friends, Michael Callaghan, also 23 and a fellow bandmate, was seriously injured in the attack.

Both men had previously attended Sacred Heart Catholic College in Crosby, where prayers were said on Monday evening for their families.

In a statement the school said: “We are saddened at the events in Birmingham which took Jacob’s life and left Michael critically injured.”

It added: “We are praying for Michael’s recovery and will never forget Jacob, his life touched so many in our school.”

Also paying tribute, the MP for Crosby, Bill Esterson, said it was clear from witness accounts that Mr Billington’s friends had “acted heroically” at the scene in a bid to save his life.

A 27-year-old suspect was detained at a house in the Selly Oak area of Birmingham at 4am on Monday.

The man was arrested on suspicion of murder and seven counts of attempted murder.

Meanwhile, three people arrested early on Monday at an address in Selly Oak on suspicion of assisting an offender have all been released pending investigation.

West Midlands Police issued a statement on Tuesday evening, which said officers had been granted a warrant of further detention by magistrates, giving detectives a further 36 hours to question the suspect.

“We still need to speak to any witnesses who saw what happened and who’ve not yet spoken to us, or anyone who may have video footage or photos of the incidents or the attacker.

“Our thoughts and sympathies remain with Jacob Billington’s family and friends, plus the other victims of this senseless attack who we wish a speedy recovery.

“We are determined to get justice for Jacob and everyone else who has been impacted by these terrible acts.”