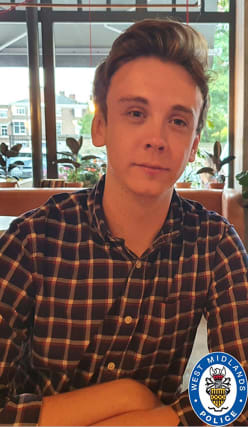 Tributes have been paid to a university graduate who was killed in the Birmingham knife attacks at the weekend.

Jacob Billington was fatally stabbed in Irving Street at about 1.52am on Sunday, while out with old school friends from Liverpool, who were visiting the city, West Midlands Police said.

The force declared a major incident after eight people were stabbed during a rampage in the city centre spanning some 90 minutes.

Mr Billington’s devastated family paid tribute to him as the “light of our life”, in a statement issued through police.

The 23-year-old had been working as a library intern at Sheffield Hallam University, after graduating there, and was also a drummer in a band.

A university spokesperson said: “As a university community we are deeply saddened to learn that a member of our staff was a victim of the major incident in Birmingham over the weekend.

“Jacob was a Sheffield Hallam graduate and had joined the library as a graduate intern, where his warmth and enthusiasm made him a greatly valued member of our team.

“Our thoughts and condolences are with his family, friends and colleagues at this very difficult time.

“We are providing support to those in our community who have been affected by this tragic incident.”

Mr Billington, from Crosby, Merseyside, had been in the city with friends to celebrate with one of their number who was studying in Birmingham.

One of his friends Michael Callaghan, also 23 and a fellow band-mate, was seriously injured in the attack.

Both men had previously attended Sacred Heart Catholic College in Crosby, where prayers were said on Monday evening for their families.

In a statement the school said: “We are saddened at the events in Birmingham which took Jacob’s life and left Michael critically injured.”

It added: “We are praying for Michael’s recovery and will never forget Jacob, his life touched so many in our school.”

Also paying tribute, the local MP for Crosby, Bill Esterson, said it was clear from witness accounts that Mr Billington’s friends had “acted heroically” at the scene in a bid to save his life.

It came as David Thompson, the chief constable of West Midlands Police, attacked the “ill-informed critique” of his officers’ response to the knife attacks, amid claims that alleged delays may have cost Mr Billington his life.

The head of the force said there would be a “time and place to the review the actions” of police following the attacks that left seven others injured, some critically, during a spate of stabbings on Sunday.

But he said: “Engaging in an ill-informed critique of this investigation, particularly at such an early stage, is both unhelpful and simply makes the job of the police harder.”

Khalid Mahmood, the Labour MP for Birmingham Perry Barr, said in The Times: “Potentially, had the alarm been set up early enough, the individual who is now deceased could have been saved.”

There has also been criticism from the public about the time taken to issue CCTV images of a suspect.

Three people remain in hospital with critical injuries, including a man who was stabbed in Livery Street at 12.40am, and a woman who was knifed in Hurst Street.

Four others, three men and a woman, were also injured in the attacks, which began with a stabbing on Constitution Hill north of the city centre, at about 12.30am, and ended with incidents in Hurst Street at about 2am.

A 27-year-old man arrested on suspicion of murder and seven counts of attempted murder following the string of knife attacks remains in custody.

He was detained at an address in the Selly Oak area of the city at 4am on Monday.

He said detectives were working to establish what led to the “apparently random attacks”, adding there was no suggestion of a racial, gang-related or homophobic motive.