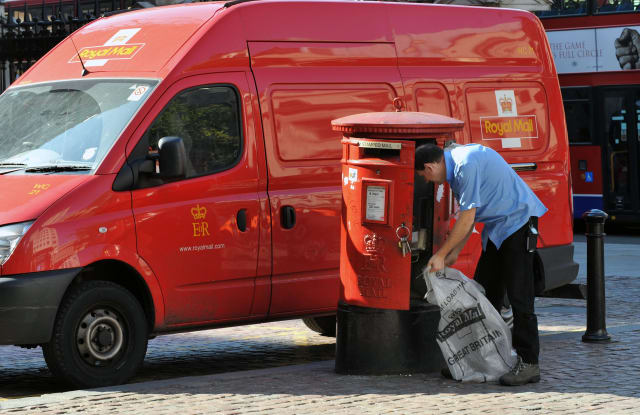 Royal Mail’s postal workers delivered 1.1 billion fewer letters in the five months after lockdown started, as the business saw a strong swing to parcel deliveries instead.

The company said it had carried 28% fewer letters, but saw a 34% rise in parcels.

Its delivery vans took 177 million more parcels to customers’ front doors in the months from the beginning of the financial year in April.

“In the first five months of the year, we have seen a substantial shift in our business from letters to parcels,” the company said in an update to shareholders on Tuesday morning.

However, all was not good as the company clocked up costs of £85 million from the increased difficulties around handling more parcels.

“Whilst this has driven better-than-expected revenues, as discussed previously, our legacy in letters has held back operational changes needed to adapt our business to a market that has fewer letters and more parcels,” bosses said.

This was added to £75 million costs in the five months because of the Covid-19 pandemic, as absence levels rose, social distancing slowed work, and the company had to fork out for protective equipment.

While parcel revenues were far ahead of expectations, Royal Mail’s long-term decline in profitability was not halted and the business will make a “material loss” this financial year.

The unit “will not become profitable without substantial business change,” bosses said.

In order to change, Royal Mail is talking to its unions in a bid to adapt the business.

“Currently, too many parcels are sorted by hand and we are failing to adapt our business to fundamentally lower letter volumes and are holding on to outdated working practices and a delivery structure that no longer meets customer needs,” it said.

Talks with Unite and the Communication Workers Union have made good progress in some areas, but a full agreement has not been reached.

Royal Mail said: “It is disappointing that we have not yet been able to reach agreement. Without these changes, we cannot achieve essential improvements in operational efficiency and better focus our efforts on the ever-increasing demands of our customers.”