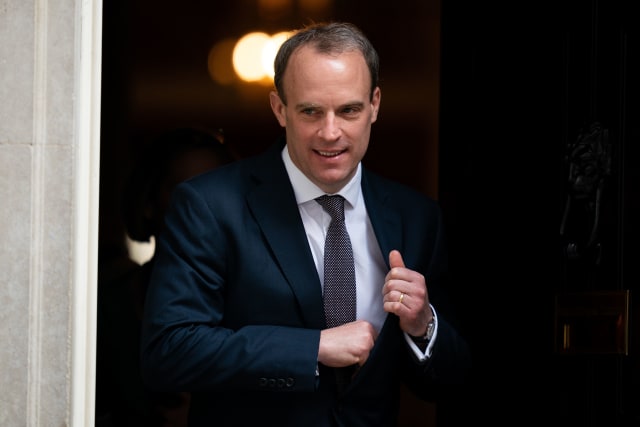 Foreign Secretary Dominic Raab has joined with his G7 counterparts to condemn the “confirmed poisoning” of Kremlin critic Alexei Navalny as a “grave blow against democracy and political plurality” in Russia.

The foreign ministers of Canada, France, Germany, Italy, Japan, the US and the UK called on Moscow to urgently establish who was behind the suspected Novichok attack on Mr Navalny.

In a joint statement released on Tuesday evening, the ministers said: “Any use of chemical weapons, anywhere, anytime, by anybody, under any circumstances whatsoever, is unacceptable and contravenes the international norms prohibiting the use of such weapons.

“We, the G7 foreign ministers, call on Russia to urgently and fully establish transparency on who is responsible for this abhorrent poisoning attack and, bearing in mind Russia’s commitments under the Chemical Weapons Convention, to bring the perpetrators to justice.

“This attack against opposition leader Navalny is another grave blow against democracy and political plurality in Russia.

“It constitutes a serious threat to those men and women engaged in defending the political and civil freedoms that Russia herself has committed to guarantee.

“We call on Russia to fulfil its commitments under the International Covenant on Civil and Political Rights and to guarantee these rights, including the right to freedom of expression, to its citizens.

They added: “We will continue to monitor closely how Russia responds to international calls for an explanation of the hideous poisoning of Mr. Navalny.

“We remain strongly committed to our support for democracy, the rule of law and human rights in Russia and to bolster our support to the Russian civil society.”

On Monday, the Russian ambassador to the UK, Andrei Kelin, was summoned to the Foreign Office over the poisoning.

Russia has denied that the Kremlin was involved in poisoning Mr Navalny.

But there is increasing pressure for Vladimir Putin to explain how his critic fell seriously ill, allegedly with the same chemical weapon used against Sergei Skripal, the Russian former double agent targeted in Wiltshire in 2018.

What are the new coronavirus rules in the UK?