Psychologist jailed for life after bludgeoning his mother to death 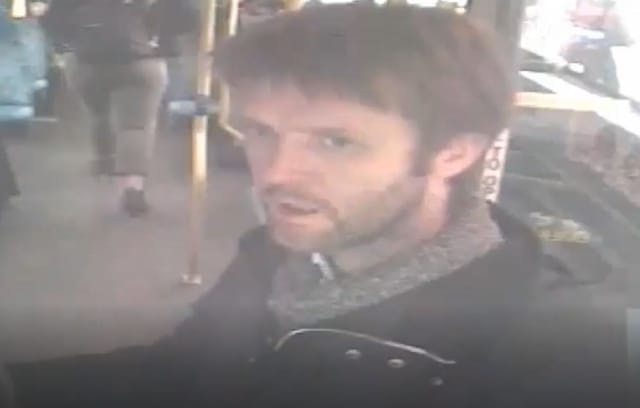 A sports psychologist who bludgeoned his mother to death to fund his "sham lifestyle" has been jailed for life.

Robert Child, 37, inflicted a "merciless attack" on his 64-year-old mother Janice as he struck her 31 blows with a hammer as she cowered in the utility room of her home in Woolton, Liverpool, on March 5.

Minutes after he left her body locked in the house he used her mobile phone to transfer £25,000 of her savings into his bank account and then caught a bus where he was seen on CCTV "smiling and laughing" with the driver.

When police arrived at his home in Thingwall on the Wirral the following morning to inform him of her death he was out buying a £14,500 Jaguar car, Liverpool Crown Court heard.

Child, described by the sentencing judge as a "selfish narcissist", feigned shock and surprise to detectives and lied about his whereabouts.

The defendant later admitted murdering his mother, who was said to have "idolised" her only child, but denied it was for financial gain and claimed she had provoked him into a "sudden rage".

Giving evidence at a trial of issue last week, the defendant admitted he had been "living a lie" and had falsely described himself as a doctor to friends and family despite never completing a PhD.

He also claimed to work for Manchester United as a scout and told people he had suffered a bleed on the brain.

Child, who was still married to wife Sangee Perera despite planning a wedding to partner Kelly Williams, said he went to see his mother on March 5 for the last time to say he was driving to Italy to kill himself but they began to argue.

He told the court Mrs Child – who lived alone in Kings Drive with beloved dachshund Alfie because her husband Stanley, who has since died, was in a care home – revealed to him she had been using multiple Twitter accounts to troll Ms Perera.

In his defence statement he said his relationship with his mother had "never been loving, cordial or friendly" and she was a "strict disciplinarian" who found fault with everything he did.

But numerous WhatsApp messages between the pair in the weeks leading up to and the morning of the killing painted a different picture, the Crown said, and showed Mrs Child was "loving and protective".

No evidence of any Twitter accounts was found when police analysed his mother's laptop.

Judge Dennis Watson QC rejected Child's explanation as a "spiteful attack" on her credibility and a "grotesque distortion of the truth" as he ruled she did or said nothing to goad him.

Sentencing him on Tuesday to a minimum term of 29 and a half years, less time spent in custody, the judge told him: "You murdered her because you realised there was no other way to obtain her money and without her money your sham lifestyle would be exposed and would collapse.

"You used chilling and ruthless violence in subjecting savage wounds to your defenceless mother.

"This was a merciless attack."

The court heard Child had credit card and loan defaults amounting to £30,000, as well as county court judgments totalling £16,000 against him, but was living "far far beyond his means".

With no income from an unpaid research post at the University of Liverpool, he still went on trips to London, Barcelona and Disneyland Paris in the months before March 5 when he had just £1.01 in his bank account.

He attempted to throw detectives off the scent by deliberately leaving his mobile phone at the university when he visited his mother and also took a change of clothes and shoes before he disposed of her mobile phone and the hammer, which have not been found.

Child – a former conjurer who had had "some status in the Magic Circle" – also made phone calls to and from his mother's phone to keep up the pretence he was unaware of her death.

In a victim personal statement read to the court, Mrs Child's cousin George Moffatt said: "The family were aware the defendant was idolised by his mother. We just cannot understand what circumstances would lead a much-loved son to kill his mother."

Judge Watson noted a letter he had received from Child's partner, Ms Williams, which spoke of a "different side" to the defendant.

Following sentencing, Detective Chief Inspector Cheryl Rhodes, of Merseyside Police, said: "Ever since committing the offence he has gone to great lengths to try to lie and cheat his way out of the consequences of his actions, in the same way as he has lied his way through life.

"We're pleased that the courts have not accepted any of these accounts, and today he starts a significant prison sentence."