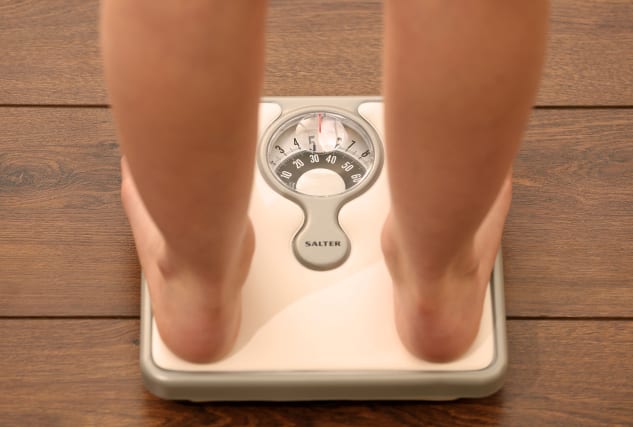 Childhood obesity is rising and progress tackling the issue has been “slow”, according to a new report.

The Government should “act with greater urgency”, the National Audit office said after it assessed the impact of measures aimed at tackling the issue.

It estimated that there are 1.4 million obese children aged two to 15 in England.

Earlier in the summer, the Government announced additional plans to combat the rising levels of obesity – particularly given the links between the condition and the risk of severe illness or death from Covid-19.

While the NAO welcomed the move, it also called for more action to tackle the issue.

The spending watchdog said that successive governments have been grappling with childhood obesity since the 2000s “with limited success”.

It said that obesity is “rising” among pupils in their final year of primary school – those aged 10 and 11 – and increasing “even faster” among children in deprived areas.

In deprived areas, this rose to more than a quarter, and rates vary “considerably” among children from different ethnic backgrounds.

The NAO report states: “While the department’s programme aims to tackle this issue, it is not yet clear that the actions within the programme are the right ones to make the step-change needed in the timescale available.

“Progress with the programme has been slow and many commitments are not yet in place, although the new strategy announced in July 2020 has signalled new legislation and greater willingness to act to reduce obesity.

“The Government will need to act with greater urgency, commitment, co-ordination and cohesion if it is to address this severe risk to health and value for money.”

Treatment of obesity-related conditions in England is estimated to cost the NHS £6.1 billion each year.

The new report claims some strategies introduced in 2011 had “little impact” on childhood obesity.

But it says the current childhood obesity plan is “ambitious” and takes a “more interventionist approach”.

The new strategy, announced in July, omitted previous plans on the ban on selling energy drinks to youngsters, the NAO added.

It also called for better cross-government collaboration on the issue – particularly over issues such as sports sponsorship deals by the food industry.

Although there had been some progress in reducing sugar levels in popular foods, “Government will not meet its ambition to have industry reduce sugar by 20% in certain products by 2020”, the authors added.

They also highlight how the Department of Health and Social Care had not fully evaluated the success of past strategies.

Gareth Davies, the head of the NAO, said: “Progress with the Childhood Obesity Programme has been slow and many commitments are not yet in place.

“The new strategy announced in July has signalled a greater intention to tackle obesity, but the Government will need to follow through with more urgency, commitment and cohesion if it is to address this severe risk to people’s health.”

A Department of Health and Social Care spokesperson said: “We are determined to tackle obesity across all ages and we have already taken significant action – cutting sugar from half of drinks on sale, funding exercise programmes in schools and working with councils to tackle child obesity locally.

“We are also taking bold action through our new and ambitious obesity strategy – banning unhealthy food adverts before 9pm, ending deals like ‘buy one get one free’ on unhealthy food, and introducing calorie counts on menus – to help families make healthy choices.”

Labour said that the break up of Public Health England leaves “big questions around who will lead on important lifesaving agendas, like confronting obesity”.

Caroline Cerny, alliance lead at Obesity Health Alliance, said: “We agree that progress by the Government to address childhood obesity has been slow and we would strongly welcome the introduction of procedures to ensure other government departments are held to account to deliver this vital programme – improving children’s health must be everyone’s responsibility.”

Ian Hudspeth, from the Local Government Association, added: “Councils are already working hard to help their communities live healthier and more active lives, including initiatives such as healthy food schemes in schools and nurseries and specialised weight management services.

“Greater powers for councils are also needed to tackle the clustering of existing takeaways and restricting junk food advertising, alongside extra investment in other council-run programmes such as exercise referral schemes and offering free or reduced-cost sport, if we are to meet the Government’s ambition of halving childhood obesity by 2030.”

“As ever, the communities that need these services most are those that have faced the most severe funding cuts. Some local authorities say they will struggle to even deliver statutory services in the coming years.

“It is time for the money to follow the commitments.”

Tam Fry, chairman of the National Obesity Forum, added: “The reminder that Government will need to act with greater urgency, commitment, co-ordination and cohesion to tackle the epidemic and deliver value for money is a statement that Downing St just cannot ignore.”