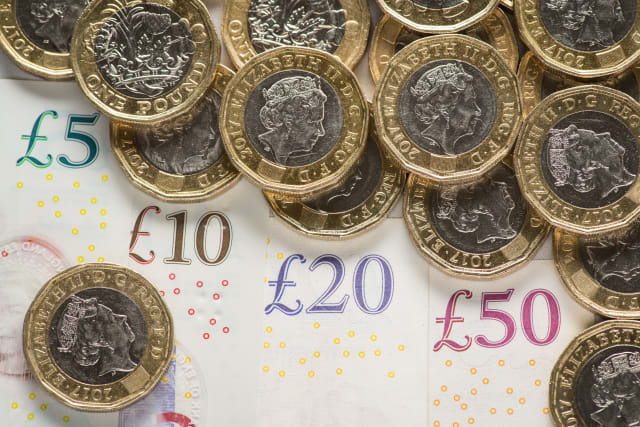 The pound has plunged against the US dollar as fears over a no-deal Brexit intensified following the shock departure of the Government’s legal head.

Sterling tumbled 1.6% to just over 1.30 US dollars – the lowest level for nearly a month and the steepest fall since the Black Monday falls seen in March, according to experts.

The pound was also down heavily against the euro, falling 1.5% to 1.11 euros.

It comes after Sir Jonathan Jones, the head of the Government Legal Department, resigned amid reported anger over suggestions Boris Johnson is planning to override elements of the Brexit Withdrawal Agreement.

His departure marks the latest in a string of resignations of top civil servants.

Experts warned the pound could be sent into freefall once again if the Prime Minister’s stand-off with the EU continues.

Sterling has enjoyed relative stability in recent months, but worries over a deal have returned to haunt the pound as the latest round of trade deal negotiations between the UK and the EU got under way on Tuesday.

Sterling also fell 0.9% against the dollar on Monday due to reports that Mr Johnson was looking to rewrite parts of the Withdrawal Agreement.

Sebastien Clements, currency analyst at international payments company OFX, said: “It looks like the wheels of the Brexit bus are finally falling off.”

“The UK ministers now face an uphill battle with plenty of roadblocks continuing to slow things down.”

Small businesses are among those set to be hit hardest by the pound’s woes and the Brexit deadline, as well as Government coronavirus support schemes coming to an end, according to OFX.

Mr Clements said: “The UK SMEs that we are working with are terrified that the end of the furlough scheme will coincide with a depreciating currency, and European licensing woes, with some forced to open European entities in order to keep trading with the bloc.”