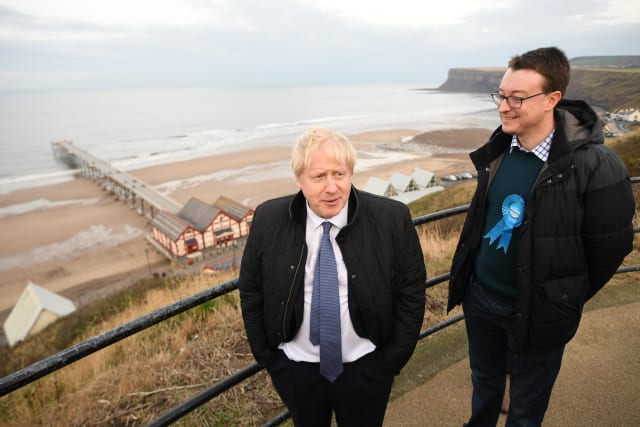 Boris Johnson has thanked Conservative MP Simon Clarke for his service as a minister after he announced he was resigning from Government for “personal reasons”.

The Middlesbrough South and East Cleveland MP said on Tuesday that he would stand down from his role as minister for regional growth and local government.

He has been replaced by Luke Hall, who previously served as parliamentary under-secretary at the Ministry of Housing, Communities and Local Government.

In a letter to the Prime Minister, Mr Clarke said: “My decision has been prompted by purely personal reasons; like all of us, I have to balance my own life against the demands of the office.

“I would not have made this decision unless I believed it was of the utmost importance.”

He added: “I hope that in time, I might have the opportunity to serve in your Government again.

“Whatever the future holds, you can be assured of my deepest loyalty, affection and friendship from the backbenches.”

Mr Johnson replied: “Since your election as the first ever Conservative Member of Parliament for Middlesbrough South and East Cleveland, you have been a champion of the levelling-up agenda – and I am grateful for all that you have done to make this a reality in Government.

“As exchequer secretary and most recently as minister for regional growth and local government, you have helped to advance our ambitious programme to level up and spread opportunity across every part of our country – including through the substantial support for our towns and high streets which you have driven forward as a minister.

“You have also played a vital role in liaising with local government during the Covid-19 pandemic, helping to ensure that local facilities can reopen safely and that councils have the resources they need to serve their communities.

“I am very grateful for all that you have done and I know that you will continue to make a valuable contribution from the backbenches.”

Mr Clarke served as exchequer secretary from July 2019 until February 2020, when he was made a minister of state at the Ministry of Housing, Communities and Local Government.