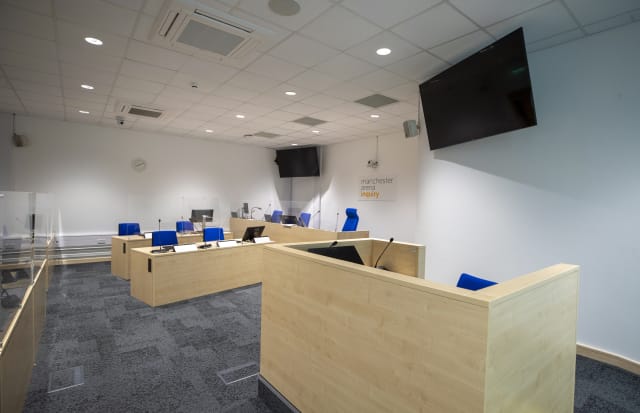 A victim of the Manchester Arena bombing was only evacuated from the scene more than 40 minutes after the explosion and chest compressions only started on him more than an hour later, the public inquiry into the attack has heard.

The treatment of John Atkinson, 28, was highlighted as the response of the emergency services came under the spotlight on the second day of the inquiry in Manchester.

Mr Atkinson was only evacuated from the scene of the blast 46 minutes after suicide bomber Salman Abedi detonated his home-made bomb packed with shrapnel in the City Room, the foyer of the arena, at the end of an Ariana Grande concert.

Mr Atkinson was taken on a makeshift stretcher to a triage area of Victoria Station, which forms part of the arena venue site, and remained there for another 24 minutes but chest compressions were only started on him one hour and 15 minutes after he was first injured in the blast.

Paul Greaney QC, counsel to the inquiry, said: “The issue of John Atkinson’s survivability is, as we shall explore, a significant issue for the inquiry to consider.”

– The first paramedic arrived on scene in the City Room 19 minutes after the blast and was the only one there for the first 40 minutes.

– Only one stretcher was used during the incident, the hundreds of others injured being ferried using crash barriers, makeshift carriers or carried in arms.

– The fire service, which did have stretchers, only arrived on scene two hours and six minutes after the bomb went off.

– A terror training exercise, matching the real thing, had taken place in the City Room less than a year before the bombing.

Mr Greaney said it was important to acknowledge the huge pressure and the “agony of the moment” emergency service personnel were working under at the time.

“Within the first 10 minutes, at least 12 BTP officers had reached or were in the immediate vicinity of the City Room,” he said.

“Those who entered offered assistance to the people they encountered.

“The inquiry may in due course conclude that in behaving as they did, they showed the very best of humanity, acting selflessly and without apparent regard for the dangers they themselves might be in in order to seek to help those who needed it.”

But he added: “What we must do is probe deeply, if there were mistakes or failings, they will need to be revealed so the bereaved families know the truth and real lessons are learned.”

He read from the statement of BTP officer Jessica Bullough, the first police officer on the scene at the City Room, less than two minutes after the blast.

It said: “I can only describe it as a war zone. There was a number of bodies on the floor and blood everywhere. The whole place was smokey and in my words, carnage.”

She immediately sent a message on the radio saying “it’s definitely a bomb”, finding nuts and bolts scattered across the scene and repeated requests were made for ambulances and “as many resources as possible”.

But 24 minutes after the blast a radio message to control from another officer, a Pc Roach, was heard, with him saying: “You are going to hate me. Where’s our ambulances please?”

The controller replied: “We don’t know, we’re calling them again.”

Two hours and six minutes after the explosion the first fire engine arrived.

Mr Greaney added: “An important issue for the inquiry is how that came to pass and whether it made any difference.”

He said less than a year before the atrocity in July 2016, Exercise Sherman had taken place, simulating a terror attack in the City Room, “the very thing that occurred” 10 months later.

The inquiry, scheduled to last into next Spring, continues later on Tuesday.