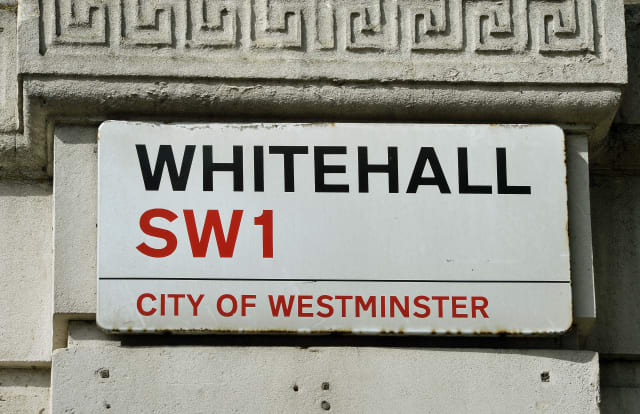 The head of the Government Legal Department is the latest in a long line of resignations of senior civil servants in Whitehall under Boris Johnson’s Tory government.

Which top civil servants have left this year and what has been said about their departures?

The Attorney General’s office declined to confirm why Sir Jonathan had chosen to leave, but his departure comes after the Financial Times reported he was in a dispute with Downing Street over concerns the Prime Minister wanted to row back on parts of the Brexit deal relating to Northern Ireland.

“If he can’t stay in the public service, there must be something very rotten about this Government.

“Reckless, law breaking, trashing the best of the UK.”

The permanent secretary at the Department for Education, Jonathan Slater, stood down when Mr Johnson “concluded that there is a need for fresh official leadership” after the A-Level results controversy.

His departure came a day after Sally Collier resigned from her role as head of exams regulator Ofqual.

Sir Mark Sedwill announced his departure from the role of Cabinet Secretary in June amid reports of clashes with Dominic Cummings, the Prime Minister’s de facto chief of staff.

He has been replaced as the country’s top civil servant by Simon Case, and said in July that “demoralising” anonymous criticism of officials has “risen in the last few years”.

Sir Mark, in the speech at Oxford University’s Blavatnik School of Government, said anonymous briefings are “damaging” to the process of governance because officials need the support of their leaders.

The Foreign Office’s most senior civil servant, Sir Simon McDonald, seen as a Brexit critic, was told he had to step down before the department was merged with the Department for International Development (DfID).

After he stepped down in June, it was announced in early August that Sir Philip Barton had been appointed as the senior civil servant chosen to head the new Foreign, Commonwealth and Development Office.

The permanent secretary’s departure was confirmed in July with his term due to end in August.

Sir Philip, who was the Home Office’s permanent secretary, quit after accusing Ms Patel of a “vicious and orchestrated briefing campaign” against him.