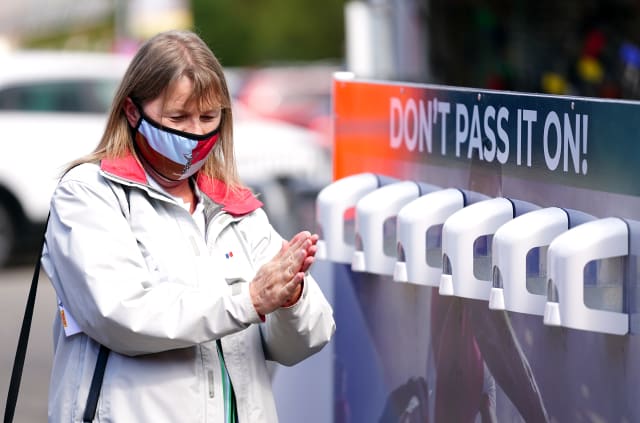 The daughter of a Kent man who may have been the first person outside China to die from Covid-19 has attacked Chinese officials who she says covered up the outbreak.

Peter Attwood, 84, from Chatham, died in hospital on January 30, after falling ill soon before Christmas with a cough and fever.

While heart failure and pneumonia were initially blamed for his death, the Kent coroner has now confirmed Mr Attwood was found to have had the coronavirus in his lung tissue and has listed his cause of death as Covid-19, the Sun reported.

This is believed to make Mr Attwood the first known death from Covid-19 outside China, coming just 19 days after the first reported casualty from the disease in the city where it is believed to have originated, Wuhan.

The first coronavirus death in the UK was previously thought to have occurred on March 5.

Mr Attwood’s daughter Jane Buckland has told The Sun her father and many more victims of the disease could still be alive had China not covered up the outbreak.

“If China hadn’t lied to the rest of the world and kept this hidden for so long, it could have saved countless lives,” she told the paper, which printed a copy of the Kent coroner’s letter to Ms Buckland, dated August 27, confirming her father’s cause of death.

“Covid has obviously been around for much longer than we know. People have been talking about a cover-up but we don’t know the scale of it.

“My father could still be here if we’d known about the threat of this horrible virus earlier.”

Ms Buckland, 46, who works as a full-time carer, said she also feared she had infected her father with Covid-19, since she had suffered symptoms including a fever and a dry cough prior to Christmas, when “no-one knew what (Covid-19) was”.

She said her elderly father had an underlying heart condition, and so would have been shielding if the nature of the disease had have been known at that time.

Ms Buckland said her daughter Megan, 18, had also come down with a cough and fever on January 10.

Former Conservative leader Iain Duncan Smith told The Sun the confirmation of Mr Attwood’s cause of death proved China “knew all about human to human transfer” of the disease long before it was made public.

He also criticised the World Health Organisation, saying they “failed to press China back in November and December” when it was clear the country had “at least an epidemic on their hands”.