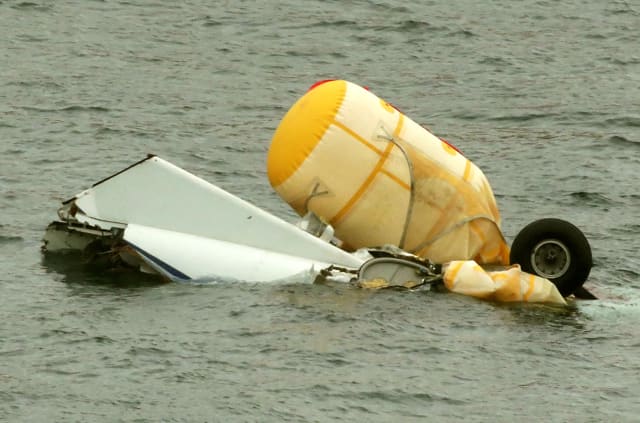 The commander of a helicopter that ditched into the sea with the loss of four lives was ultimately responsible for the safety of the flight, an inquiry has heard.

Stephen Fincken, who was manager of crew training at helicopter operator CHC, said while the aircraft was being flown by a pilot and a co-pilot, responsibility for flight safety “sits with the commander well and truly”.

Martin Miglans was commander of the helicopter while Alan Bell was co-pilot and acting as pilot not flying (PNF).

“Who is ultimately responsible for the flying of the helicopter and the safety of it?”

He replied: “The ultimate responsibility sits with the nominated commander so even if you have two captains flying together, which wasn’t the case here, one of the two captains would be nominated as commander.

“So at the end of the day the safety of the flight sits with the commander well and truly.”

The inquiry, which is taking place virtually due to coronavirus measures, also heard from Stephen O’Collard, chief technical pilot for CHC.

He told the FAI the “pilot flying”, is flying the aircraft either “with hands and feet on the controls” or operating the automation and is in charge of the flight path, while the PNF would monitor the flight path and what his colleague was doing.

Mr Pyle asked: “Who is ultimately responsible for the safety?”

Mr O’Collard, a pilot with 50 years’ experience, replied: “Throughout aviation it’s the commander who is ultimately responsible for everything.

“It’s the same as in nautical terms where it’s the captain of the ship.”

Mr Pyle also asked him about the underwater escape training that passengers and crew undergo and mentioned some survivors who gave evidence earlier in the inquiry said it “did not really cover the situation which they faced.”

He said: “A couple of witnesses talked about the requirement to get training in order to work in the Norwegian sector and there was talk about wave machines and in one case being in a harbour.

“Do you think in light of this crash that in the UK we need to look at the realism of the submerged training?”

Mr O’Collard said “there is a lot to be said for that” but pointed out there would be a number of difficulties, such as that if training in a harbour you would not be able to control the sea temperature or the fact that there may be contaminants in the water and you would not want to expose trainees to the risk of injury.

He said there was no reason you could not do training in a pool with a wave machine on.

An AAIB report published in 2016 found that the pilots failed to properly monitor the flight instruments and failed to notice their speed was decreasing until it was too late to avoid the Super Puma plunging into the sea.