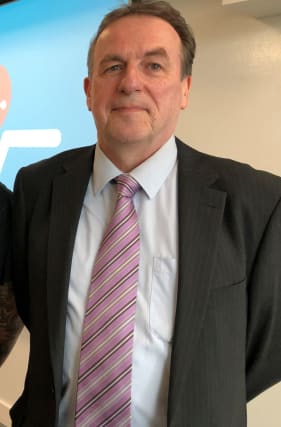 The police and crime commissioner for a scandal-hit force has resigned, blaming an inquiry into deleted WhatsApp messages and his ill-health.

Labour’s Barry Coppinger has written to the Chief Constable of Cleveland Police, Richard Lewis, to explain his decision to stand down.

It was understood the Independent Office for Police Conduct will look into his use of WhatsApp messaging, some of which have been wiped.

Mr Coppinger came under fire last summer after the force was effectively put in special measures following a critical inspection by Her Majesty’s Inspectorate of Constabulary and Fire & Rescue Services.

The Tory Tees Valley elected mayor Ben Houchen last year called for the PCC to resign, saying: “Cleveland Police have been a basket case for years.

Announcing his decision to step down, Mr Coppinger wrote to Mr Lewis saying: “Pressure is part and parcel of the job of a PCC, particularly so in Cleveland.

“I have felt under siege since the damning report into Cleveland Police 12 months ago, and have been working and making decisions while experiencing considerable, cumulative stress.

“It has reached the stage where this is now impacting upon my health.”

Mr Coppinger also referred to using and deleting WhatsApp messages on his phone.

He said: “As you will know, Force mobile phones do not support WhatsApp messaging.

“My office, as with many other organisations, has approved the use of WhatsApp groups on personal mobiles and these have been particularly beneficial during the ongoing Covid crisis, where we do not have day-to-day office contact.

“These groups are for short-term transitory messaging like business continuity with a procedure for each group admin to prompt a weekly cleardown so that information isn’t held for longer than necessary and on personal non-work devices.

“I do use WhatsApp on my personal mobile phone and I have cleared messages on a regular basis, not with any intention to conceal anything, but simply due to storage capacity limits.

“Recent focus on this area has led me to consider whether that was the right approach and it is right and proper that the appropriate independent authorities now consider this.”

Mr Coppinger said the deleted messages were “of a mundane, logistical nature and did not… include anything significant”, explaining such communication would only made through secure emails.

He added: “It is clear that the force is making progress in its journey of improvement.

“That’s what the focus must be on, but that would not be the case if I remained in post whilst the situation regarding the WhatsApp messages was looked into.

“That, along with my health concerns, has made me decide to stand down with immediate effect.”

An interim PCC will be appointed until elections take place in May.