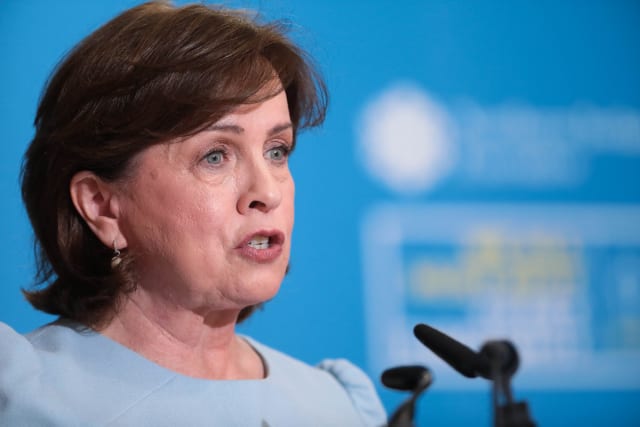 The Chancellor has yet to a respond to a call from the Stormont Executive for an extension of the furlough scheme, a minister has said.

Economy minister Diane Dodds said it was “early days” in the attempt to convince Rishi Sunak to continue to subsidise salaries beyond October.

Mrs Dodds provided an update on Stormont’s pandemic response as it was announced that two more people with Covid-19 had died in the region.

The Covid-19 death toll recorded by the Department of Health in Northern Ireland now stands at 567.

Another 40 confirmed cases of the virus were announced on Tuesday.

Finance minister Conor Murphy wrote to the Chancellor last week calling for an extension of the furlough scheme. The letter was backed by all the parties in the powersharing administration.

Giving a media briefing at Parliament Buildings, Belfast, Mrs Dodds highlighted that 250,000 people had been paid through the furlough scheme during the pandemic.

She said certain sectors needed a “longer tail” of support.

“In Northern Ireland, 250,000 people had their salaries paid through the job retention scheme – that was absolutely essential at the depths of lockdown and actually kept this economy and people in a reasonably good place,” she said.

“As we come out of lockdown there are certain sectors of our economy that will require, I think, a longer tail of support, and it’s for that reason that I think that we need the Chancellor to extend the furlough scheme a little bit longer.

“I’m thinking of aerospace, where really quite obviously there have been very, very significant difficulties.

“This is really one of Northern Ireland’s leading industries, and we need to be able to support it through this difficult period into a period when it is back up and running at full tilt again.

“Tourism and hospitality will be other sectors that will require that longer tail of support, so I think it’s right that we as an executive do this.

“And of course again I speak every other week to my counterpoints in Wales and Scotland and they are also supporting this kind of effort.

“As far as I know, as yet, there hasn’t been a response from the Chancellor but that is not unexpected and it’s early days for that.

“Remember, I think that MPs right across the United Kingdom will be putting pressure on the Chancellor, because of the fears around the end of the furlough scheme.

“Other European countries – Germany, France and so on – have also indicated that they are going to extend their furlough schemes.”