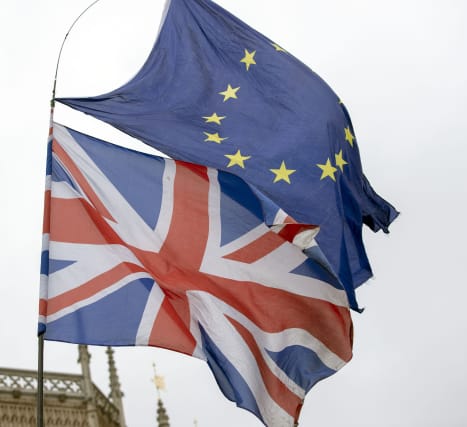 Ministers have denied they are preparing to tear up commitments made in Boris Johnson’s Brexit deal with the EU if there is no agreement with Brussels on free trade.

The Financial Times reported the Government is planning to table legislation which would override key elements of the Withdrawal Agreement which sealed the UK’s departure from the EU in January.

The move raised concerns the Government could walk away from the Northern Ireland protocol – intended to ensure that there is no return of a hard border with the Republic – if the talks on a free trade deal fail.

However, Environment Secretary George Eustice said the Internal Market Bill, due to be published on Wednesday, was simply designed to tie up some “loose ends” where there was a need for “legal certainty”.

He insisted that the Government remained committed to the principles of the deal, which will see customs checks on some goods moving from the rest of the UK to Northern Ireland.

“What we are talking about here is what type of administrative customs processes you might have for goods that might be at risk of entering the EU single market – going from GB to Northern Ireland,” he told the BBC Radio 4 Today programme.

The suggestion the UK could possibly undermine an international treaty and use Northern Ireland as a bargaining chip was greeted with anger and dismay among key figures in Ireland and mainland Europe.

The EU’s negotiator Michel Barnier said he would be seeking clarification about the UK’s plans.

He told French radio that honouring Withdrawal Agreement was “a pre-condition for confidence between us because everything that has been signed in the past must be respected”.

Ireland’s foreign minister Simon Coveney said that abandoning the agreement would be “a very unwise way to proceed”.

Shadow Northern Ireland secretary Louise Haigh said: “It beggars belief that the Government is – yet again – playing a dangerous game in Northern Ireland and sacrificing our international standing at the altar of the Prime Minister’s incompetence.”

The row erupted as Mr Johnson set a five-week deadline for talks with the EU on a post-Brexit free trade deal to either reach agreement or for both sides to accept there will be no deal when the current transition period ends at the close of the year.

In a statement ahead of the resumption of talks in London on Tuesday, the Prime Minister said that if there was to be an agreement it needed to be in place by the time of the next EU summit on October 15, and that no-deal would still be a “good outcome” for the UK.

“As a Government we are preparing, at our borders and at our ports, to be ready for it. We will have full control over our laws, our rules, and our fishing waters,” he said.

“We will have the freedom to do trade deals with every country in the world. And we will prosper mightily as a result.”

His intervention, apparently designed to put pressure on the EU, came after the UK’s chief negotiator Lord Frost said at the weekend that he would not “blink” as the deadline for securing a deal grows closer.