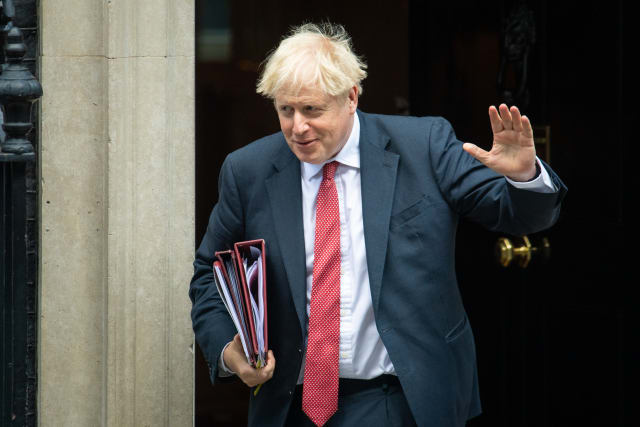 On the election campaign trail last year, Boris Johnson was clear – put the Conservatives back in power and they could get a “fantastic new free trade agreement” with Brussels.

Not only that, the complex negotiations could be done and dusted within 12 months – meaning there was “absolutely no need” for any extension to the Brexit transition period which comes to an end at the end of this year.

The Conservative election manifesto spelt it out: “We will negotiate a trade agreement next year ….and we will not extend the implementation period beyond December 2020.

Nine months on from Mr Johnson’s triumphant return to No 10, with the talks seemingly deadlocked, the mood music has changed.

The sunny optimism of last winter has given way to a stark warning from the Prime Minister that unless a deal can be done within the next five weeks, it would be better for both sides to walk away.

In his latest statement, he said that if there was no agreement by the time of the next EU summit on October 15, then it would simply be too late for it to come into force before the end of the year.

“If we can’t agree by then, then I do not see that there will be a free trade agreement between us, and we should both accept that and move on,” he said.

Mr Johnson insisted that, following the UK’s departure from the EU in January, it would still represent a “good outcome” and that the country would “prosper mightily” trading on terms enjoyed by countries such as Australia.

However, for many in industry – already ravaged by the effects of the coronavirus pandemic – the prospect of a final no-deal break with Britain’s biggest trading partner is an alarming one.

In Brussels, Mr Johnson’s aim of getting a deal within the year was always seen as an ambitious – if not a completely improbable – one.

The EU’s deal with Canada – which the Prime Minister wants to be a template for an EU-UK agreement – took five years to negotiate and a further three to implement, leading some to question whether he really wanted a deal at all.

For some, his latest intervention now smacks of sabre-rattling ahead of the latest round of talks – due to resume in London on Tuesday – with the UK side attempting to inject some much-needed momentum into the process.

Mr Johnson insisted there was “still an agreement to be had” and that the British would continue to work hard throughout the coming month in order to try to achieve it.

But with the talks stalled on issues of state aid rules and fishing rights, he was also clear that he would hold the EU side – and its unwillingness to offer a Canada-style arrangement – responsible if they failed.

“Even at this late stage, if the EU are ready to rethink their current positions and agree this I will be delighted,” he said.

“But we cannot and will not compromise on the fundamentals of what it means to be an independent country to get it.”

The coming weeks should determine whether the political will exists in London and Brussels to finally break the logjam.

Covid-19: Which parts of the UK are affected by local lockdowns?