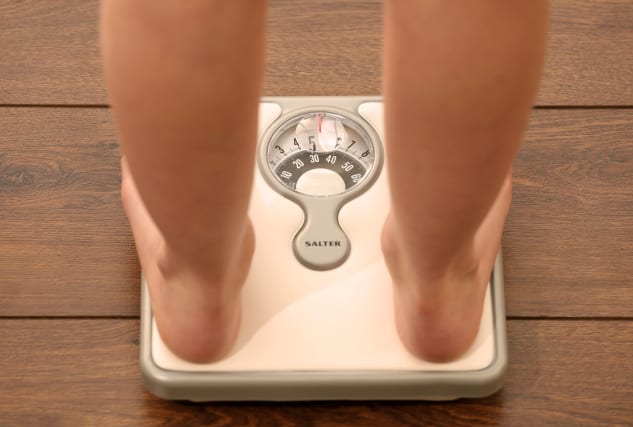 The food industry is being urged to “voluntarily” cut calories from some of the nation’s favourite foods in order to curb the obesity crisis.

The Government is urging the food industry – particularly restaurants and takeaways – to reduce calories in many products.

The calories in some foods should be reduced by as much as 20% over the next four years, officials said.

Instead of setting out a single reduction strategy across the sector, officials set out different goals for different food products.

Takeaways, restaurants or “on the go” food are now a regular part of people’s diets, but these meals and snacks can contain significantly more calories when compared with supermarket alternatives, officials said.

Experts singled out takeaway pizzas as a major source of calories – one pizza can include more than a person’s entire daily recommended calorie limit.

People could also be encouraged to switch to low-calorie alternatives or reduce portion sizes, according to a Public Health England (PHE) report.

But the authors stressed that portion sizes should not be reduced to a “tipping point”, whereby people may purchase two products instead of one.

The new guidance sets out a series of goals including a 20% reductions in calories for meals from restaurants and takeaways – it also sets out suggested calorie limits for different categories of food such as sharing platters or starters.

It also calls for a 10% calorie reduction in children’s “food bundles”, a 10% reduction in ready meals, chips and garlic bread.

Crisps, sandwiches and savoury snacks should aim for a 5% calorie reduction.

Meanwhile, pizzas and pastry products should aim for a 20% reduction in calories, the documents state.

But the National Obesity Forum called for the Government to take “bold action”, saying that voluntary reduction programmes in the past had “failed”.

The Government has also set new salt reduction targets after analysis showed that people are still regularly consuming more than the recommended daily limits of salt in their diets.

The current average of salt intake is 8.4g a day – higher than the recommended limit of 6g.

Officials said the calorie reduction goals are a key part of the Government’s obesity strategy, but also have a “renewed urgency” given the links between obesity and severity of Covid-19.

People who are obese are more likely to have more severe disease or die from Covid-19.

Public Health Minister Jo Churchill said: “We can all do our bit to stay healthy, to help protect us from coronavirus and take pressure off the NHS.

“The food industry can play their part, by making it as easy as possible for everyone to eat more healthily. These guidelines will help them take positive action.”

Dr Alison Tedstone, chief nutritionist for PHE, said: “Eating food and drink that’s higher in calories than people realise is one of the reasons why many of us are either overweight or obese.

“This is about broadening choice for consumers, as well as making the healthier choice the easy choice. Progress to date on sugar and salt reduction has shown that this can happen without compromising on taste and quality.”

Tam Fry, chairman of the National Obesity Forum, said: “The Government is beginning to sound like a scratchy record. Years ago it thought that the food and drink industry would voluntarily do its bidding.

“Whitehall conjured up a programme called ‘The Responsibility Deal’ whereby industry barons would pledge to play along with it. But the deal failed.

“Undaunted, a new voluntary programme was introduced to cut 20% of sugar from certain categories by 2020 – but, again, it failed

“The only government measure to have been a success is the 2018 Sugary Drinks Industries Levy and it’s still working because it’s compulsory. The sooner we get similar bold action with cutting calories and salt, the sooner obesity will have a chance of being curbed.”

Caroline Cerny, alliance lead at the Obesity Health Alliance, added: “It’s much harder to eat healthily when so much of the food available to us is over-loaded with excess calories. To improve our nation’s health now and in the longer term, the food industry must play their role to make the food they produce healthier.

“Industry has been consulted extensively on these new targets and as such we expect them to step up and meet the targets on time and in full. But this is ultimately a voluntary programme, which is why we need the Government to clearly commit to sanctions for companies that do not take the responsible approach such as fines and levies.”

Meanwhile, a separate report by PHE examined how the coronavirus pandemic has impacted people living with obesity.

It found that while children, young people and adults who are obese were “concerned” about the increased risk of obesity and Covid-19, many were “using food to manage their emotions” during lockdown.

The pandemic has “adversely impacted” people’s levels of exercise and dietary behaviours, the authors said.

It comes as a new study suggested that probiotics may help curb obesity in children and teenagers.