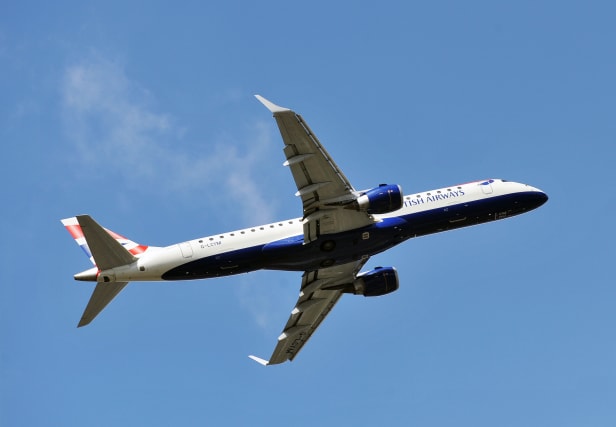 Flights between London City and Belfast City airports resume on Monday for the first time since airline Flybe collapsed in March.

Five return flights per week will be operated by BA CityFlyer.

He went on: “It is crucial to the recovery of the economy that vital air passenger services to and from London and Belfast City Airport are maintained.”

London City-Belfast City was one of a number of key regional routes suspended when Flybe went bust.

This was up 15% on the previous year, making it the fastest growing route for London City.

Robert Sinclair, chief executive of London City, said there was “strong demand for it to return”.

He commented: “The return of our Belfast City route is great news for passengers, businesses and both airports during what is a challenging time for everyone.

“The ability to quickly and easily get in to and out of the heart of two of the UK’s capital cities is only going to help the recovery.

Mr Sinclair insisted passengers can “book and travel in confidence” due to “a comprehensive range of measures in place to keep them safe at both airports and on board”.

He added: “I’m confident this route will be successful and can play an important role in London City Airport’s own recovery.”

London City was closed for nearly three months from March 25 due to the coronavirus pandemic.

Belfast City commercial director Katy Best said: “With many organisations now welcoming employees back to the workplace, the launch of this popular business route is extremely timely and the service will no doubt be warmly welcomed by commuters.”