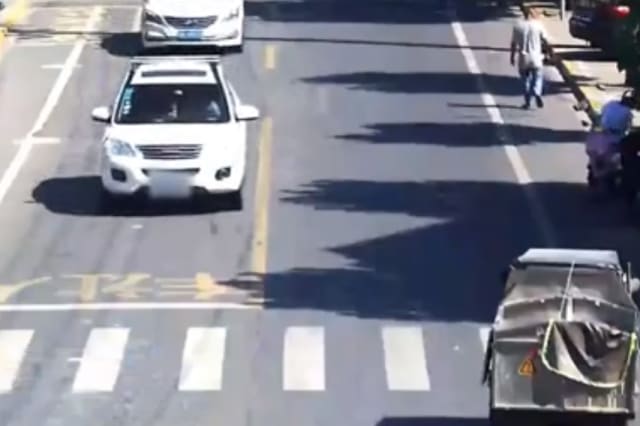 A car carrying three Freon cylinders exploded while driving along a road in eastern China.

The dramatic footage, shot in the city of Jiaxing in Zhejiang Province, shows the vehicle's front windscreen flying out and its doors being blown open in a ball of fire.

According to reports, the motorist named Li was carrying three cylinders in his car while on his way to fix air-conditioners for customers when the explosion happened.

Fortunately, Li was not injured and people nearby helped to extinguish the fire.