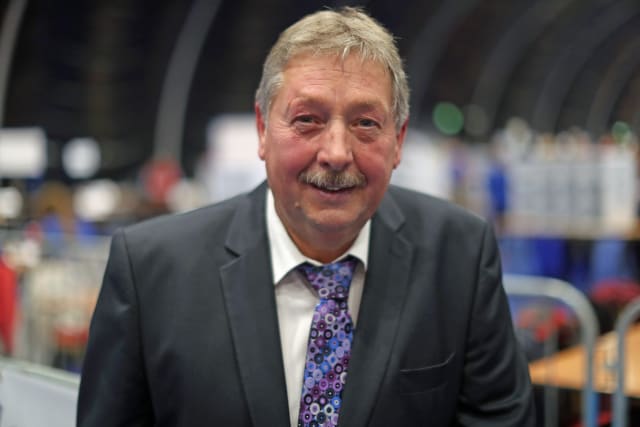 A senior DUP MP has insisted his party will not accept the Brexit withdrawal deal, in comments apparently at odds with his leader’s stance.

Sammy Wilson said the deal that contains the contentious Northern Ireland protocol must be “scrapped” or at least significantly changed.

The DUP consistently opposed the deal at Westminster, arguing that it creates an economic border between Northern Ireland and the rest of the UK.

On Friday, party leader and Stormont First Minister Arlene Foster reiterated that opposition but said she has to “recognise the reality” that it is now law and she has to be part of the process that saw it implemented.

In an interview with Sky News, she said: “I mean, there are some who would continue to fight against the protocol; I have to recognise that that is the reality now.”

The protocol in the withdrawal treaty is the arrangement by which Northern Ireland continues to follow single market rules for goods and administers the EU’s customs code at its ports.

The Government has acknowledged that extra regulatory checks will be needed on some goods entering Northern Ireland from the rest of the UK, with the expansion of infrastructure to screen animals and food products.

Mrs Foster said her focus as a unionist leader is now to mitigate against the potential damage the protocol could cause to the Union.

“So instead of saying ‘I wish that hadn’t happened’ – and I do – how to mitigate against that, and also take steps to make sure that we have a shared prosperity in the future for the whole of the UK,” she said.

Mr Wilson struck a different note on Sunday in a statement titled “DUP will not accept Withdrawal Agreement”, which was not issued through the party’s press office.

“The DUP on three occasions helped to stop Theresa’s May’s version of the Withdrawal Agreement and we spoke against, argued against and voted against Boris Johnson’s anti-Unionist Brexit,” he said.

“We are still arguing that, in these negotiations, the Withdrawal Agreement must be scrapped or, at the very least, significantly changed.

“We have sought to persuade Conservative MPs that it is not only bad for Northern Ireland but ties the UK as a whole in to the influence of EU institutions. That remains our position.

“It is impossible to implement the Withdrawal Agreement when we don’t even know the level and depth of checks which will be required because some of that is to be decided by the Joint Committee, which was set up to look at a wide range of the details required to reflect the high-level decisions in the Agreement.

“The UK Government still doesn’t know what its relationship with the EU will be after the 31st December. It is impossible to put into place any arrangements for Northern Ireland, which is part of the UK and which will be affected by the final outcome of the negotiations.

“If, as the press and others are speculating, there is no deal, will the British Government honour the Withdrawal Agreement?

“Will it pay £34 billion to the EU and a further £180 billion which it will be required to pay in future years? I suspect not, and if that is the case, why would the NI Protocol portion of the agreement stay intact?”