Coronavirus may lead to increase in human trafficking, expert warns 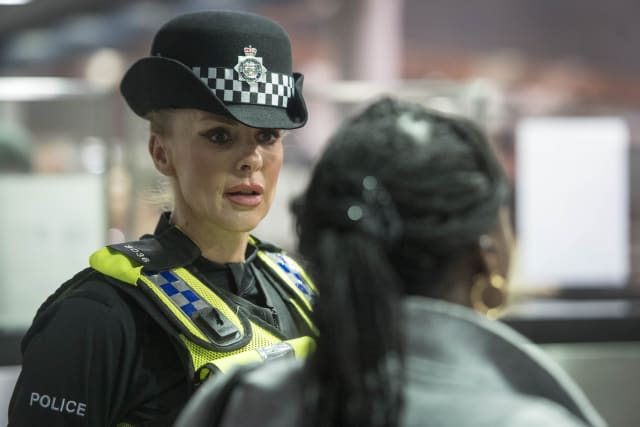 The number of people being trafficked into the UK could increase as criminals look to exploit those hardest hit by the coronavirus pandemic, an expert has warned.

Unseen UK chief executive Andrew Wallis said thousands of victims arrive in the country each year through traffickers, having been promised a chance to escape poverty or support their families back home financially.

But instead they find themselves at the mercy of criminal gangs who force them into illegal work to pay off inflated debts while threatening them with violence.

And he warned that more people could be at risk of falling victim to traffickers in the aftermath of the pandemic.

Mr Wallis told the PA news agency: “I think as a result of Covid-19 and the economic downturn we are going to see an increase (in human trafficking to the UK) because as the economy shrinks and as people become more vulnerable, the risk of exploitation increases.

“With the huge global imbalance between economies there will be a draw. If you’ve got no options in life, if your options are grinding poverty and someone says ‘there’s a way out of this’, then human nature takes over.”

Traffickers use various methods to find their victims, including through posting adverts promising the chance to earn more money in western Europe, Mr Wallis said.

But what victims do not realise is that they are being “set-up”, he added.

“They are then forced to work or subjected to fines meaning they can never pay it off.”

Home Office figures show there were 10,627 potential victims of modern slavery referred to the National Referral Mechanism (NRM) last year – a 52% increase from 2018.

Unseen UK received a further 7,000 calls to its helpline over the same period, Mr Wallis said.

However, a report by the Centre for Social Justice in July this year estimated there could be at least 100,000 victims of modern slavery in the UK.

The vast majority of victims who arrive from outside the UK will have entered through legal means, either thinking they had a legitimate job or a visa, Mr Wallis said.

But he said some traffickers try to get victims into the country clandestinely.

“And that is usually because they are going to end up in criminal exploitation working in cannabis farms or in nail bars,” he said.

“What we often see with the cannabis farms is that they are often controlled by organised criminal gangs.”

Romanian nationals and UK residents make up the majority of victims who contact the charity’s helpline, Mr Wallis said, while Vietnamese and Chinese were the most common nationalities for victims from Asia.

The most common nationalities referred to the NRM were from the UK, Albania and Vietnam, according to Home Office figures.

Mr Wallis said while the Government was now better at finding and identifying modern slavery and trafficking, the true scale of the issue was still not yet known.

The Home Office said the UK’s modern slavery legislation had introduced a maximum life sentence for traffickers, as well as “enhanced protection” for for victims.

“We are doing all we can to stop ruthless criminals intent on profiteering from vulnerable migrants,” a spokeswoman said.

“We continue to work with counterparts overseas to reduce exploitation and bring perpetrators to justice.”