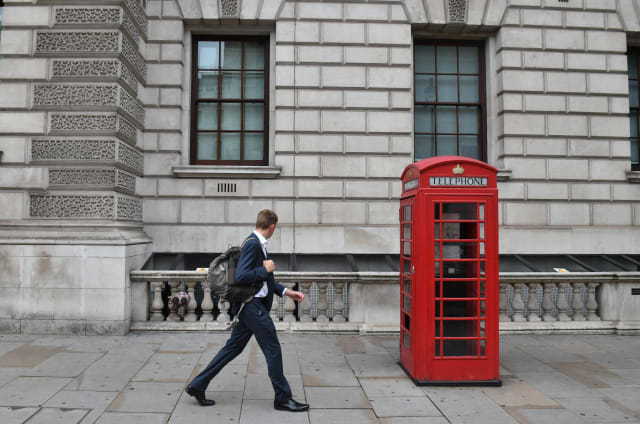 Prompts for Civil Service bosses to get the vast majority of staff back into the office have been labelled “virtue signalling” by a union chief.

Outgoing Cabinet Secretary Sir Mark Sedwill, in a letter seen by the PA news agency, has written to the permanent secretaries of Government departments calling on them to bring as much as 80% of public sector staff back into the workplace.

Sir Mark, in the note dated September 3, said the Prime Minister had asked to be personally involved in the back-to-work drive and wanted to see departmental figures on a “weekly basis” following Cabinet agreement that increasing office numbers would be “hugely beneficial for our workforce”.

He wrote: “We are now strongly encouraging an increased workplace attendance through staff rota systems, with our aim by the end of September to enable 80% of staff to attend their usual workplace each week, for example 20% for five days, 30% for three days and 30% for two days, with the balance attending only occasionally for now.”

But Dave Penman, general secretary of the FDA, a union representing civil servants, said such targets would be difficult to achieve.

He said office use in Whitehall was already “oversubscribed” even before Covid restrictions were introduced.

Speaking to BBC Radio 4’s Today programme, Mr Penman said: “There are two fundamental problems with this approach from the Government.

“One is its practicality – Government offices have a capacity of a maximum of around 50% because of the Covid restrictions.

“In a lift, for example, you can have a maximum of two in offices of thousands of people.”

Mr Penman argued the Civil Service had worked “effectively” since the pandemic started, dealing with the increased demand for Universal Credit and starting the furlough programme from the ground up, all with staff being 95% home-based.

He added: “It is quite clear from the letter that has been sent out, this is really about virtue signalling to the private sector that has already moved on.

“You’re not telling me that the big financial houses in the City of London would be having their staff working remotely if it wasn’t working effectively for them.”