Endangered water voles to be released in Yorkshire nature scheme 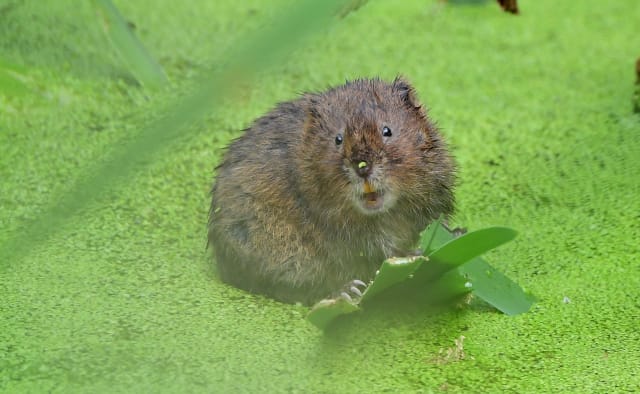 More than 100 water voles are being released at a site in Yorkshire as part of efforts to help the endangered mammals.

The scheme by Yorkshire Water will see the animals released at Timble Ings Woods in the Washburn Valley, part of the Nidderdale Area of Outstanding Natural Beauty (AONB).

Water voles, immortalised as Ratty in Wind in the Willows, live along slow-flowing rivers, ditches, dykes and lakes with plenty of vegetation, making extensive burrows in the banks.

They have suffered steep declines in recent years as a result of being preyed on by invasive American mink, as well as loss and degradation of their habitat and water pollution.

Yorkshire Water said it had carried out work at the woods, which it owns and manages, to keep watercourses free of tree coverage and allow bankside vegetation to grow, making it ideal habitat for water voles.

The mammals, which have been bred in captivity by Derek Gow Consultancy, will first be placed in large release pens to let them get used to their new environment, before being released into the wild.

Lee Pitcher, head of partnerships at Yorkshire Water, said: “As Yorkshire’s second largest landowner we’re committed to ensuring our land protects the management of water, but also benefits the environment by delivering exceptional land for the people of Yorkshire.

“One of the aims of our land strategy is to enable plants and wildlife to thrive on Yorkshire Water land.

“The work we’ve undertaken at Timble Ings Woods makes it a fantastic habitat for water voles and is important for the protection of this vulnerable species.”

“This introduction is a positive step at a site chosen to maximise their chances of survival. We hope the new arrivals will be very happy in their new home.”

The water company said visitors to Timble Ings Woods should stay on the paths and keep dogs on a lead away from ponds and watercourses to avoid disturbing water voles.