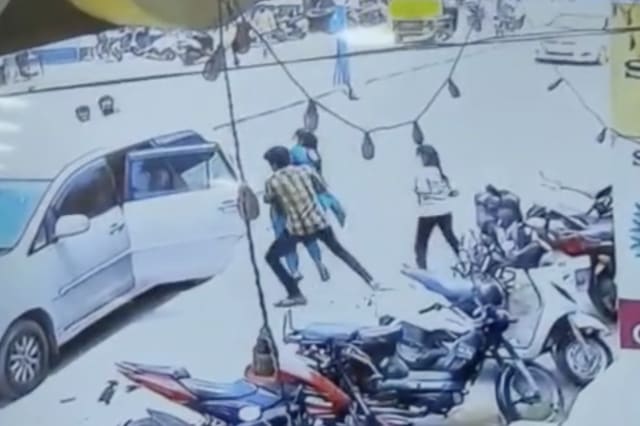 CCTV footage shows the moment a woman was forced into a car in a terrifying drive-by kidnapping in India.

The two sisters were walking down a road in Kolar, Karnataka, when a vehicle pulled up beside them and a man pulled one of the women into the car.

The victim was allegedly kidnapped after turning down a marriage proposal.

Locals immediately alerted the police, who found the woman in a lodge in Tumakuru, 150 kilometres away.

The victim was reunited with her family and the kidnappers were arrested.